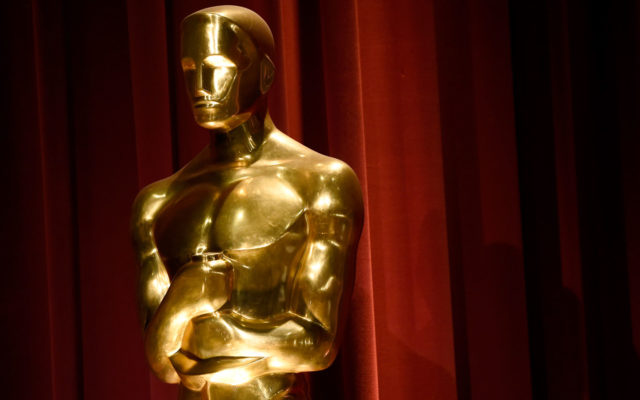 In Brief: I’m not going to watch the Academy Awards telecast. Haven’t for years. I don’t really care to hear about this actor, producer or director’s political opinion or thoughts on their pet projects and with President Trump’s acquittal, I’m even less interested in watching. I do, however, care about who gets what award.

Want proof that the Academy Awards and the nomination process are no longer all that relevant? Let’s start with Jennifer Lopez. Last year’s best supporting actress performance belongs to her. How is it possible that the Academy voters in their so-called knowledge of the craft of acting ignore her performance in Hustlers?

You can make a similar comment for leaving Greta Gerwig out of the best director category. Other misses? The Elton John biopic Rocketman and Edward Norton’s fabulously fun Motherless Brooklyn were left out of the best picture category, too.

They’re not the best last year but only nine films of the 10 possible were nominated so one of the two coulda been there.

Part of the reason for these omissions could be because the Oscars are as much a popularity contest as an honest honoring of individuals for their acting, directing and writing skills. This year I think this is especially true in the case of the best supporting actress and best supporting actor categories and the best director category.

Not that any of this matters. I haven’t watched an Oscar telecast in several years and won’t again this year. Maybe it’ll be better and the presenters caught Ricky Gervais’ monologue at the Golden Globe telecast. He was spot on in his assessment of how pompous and self-important the people getting access to microphones and the camera at the telecast have become.

It’s why a lot of us quit watching this telecast and other award shows.

While I don’t watch anymore, I am interested in who gets chosen, and who and what Hollywood considers the best of the best at the king of all award’s shows.

Lots of great films in the mix this year. Of the nine nominated, the race boils down to three: 1917, Parasite and Once Upon a Time in Hollywood. What surprised me the most this award season is how Martin Scorsese’s The Irishman — in my book last year’s best movie — disappeared from consideration.

My pick: The Irishman
The Oscar goes to 1917

Sam Mendes gets this one for his brilliant work on 1917. His cinematographer, Roger Deakins also picks up an Oscar for the movie. This is an absolutely amazing piece of work and if you haven’t seen it yet, do. Some of the film’s scenes run 8 to 10 continuous minutes. The story is so-so but who cares?

The Academy votes won’t but I do.

My favorite is still Scorsese for The Irishman. It’s because Scorsese did a movie that isn’t about effects. It is storytelling at its best. However, I’m in the minority on this one.

There is an outside chance that Bong Joon Ho will pick up the statue for his wonderfully done and written Parasite. Quentin Tarantino also has an outside shot at an upset for Once Upon a Time in Hollywood.

And I do have to complain and say Gerwig would have been a better pick than Todd Phillips. She still wouldn’t win for directing Little Women and as much as I liked Joker, her work tops his.

Gerwig — however — is in a horserace for the best adapted screenplay award. She’s ahead of Jojo Rabbit’s Taika Waititi by a nose.

The Oscar goes to 1917
My pick: The Irishman

At this point we alter the normal prediction flow. Actors and actresses and screenplays usually follow but first we have to talk cinematography. We must do that because of 1917.

It is the cinematography that makes it a great movie. Period. The plot is okay, the acting, the effects, bombs, planes, guns and stuff are all very good but it is Roger Deakins cinematography and scenes that are as much as 10-minutes long, that make 1917 such an amazing movie.

That said, Lawrence Sher’s black and white cinematography for The Lighthouse is almost as impressive. The film is set in the winter on a desolate island where two guys run a lighthouse. His work is so good that it makes you cold just watching it.

In the end though, Deakins correctly ends up with the Oscar.

Performance by an Actor in a Leading Role

No brainer territory. In Joker Joaquin Phoenix gave one of the best performances anyone has ever given in a movie. Acting has been this good but it has never been better.

Not sure why Banderas got nominated nor Jonathan Pryce. I’d have put Edward Norton in that category for “Motherless Brooklyn” instead of either of them. But no one asked me.

Performance by an Actress in a Leading Role

This is a tough category. The odds-on favorite — Renee Zellweger — gives what I think is the weakest performance. Cynthia Erivo blew my mind with a deep, emotional, and riveting performance as Harriet Tubman. Her biggest problem is a movie that didn’t do justice to Tubman’s incredible life and needed to be an hour longer. My second favorite is Saoirse Ronan. One day she’ll get an Oscar because she’s just flat out the best young actress working today.

My pick: Cynthia Erivo
The Oscar goes to Renee Zellweger

Performance by an Actor in a Supporting Role

There are three performances in this category that deserve the Oscar and the names of those performers aren’t Hanks or Hopkins. Hanks could play a coat hanger and get a nomination and so could Hopkins. While they are great performances, I think these nominations are for who they are and not how good they were as these characters.

The other three. Wow. Tough choice. Pacino and Pesci blew my mind in The Irishman and Pesci gets the edge. For the first time in his career he plays someone that doesn’t make him end up looking like an angry chipmunk.

The oddsmakers favor Brad Pitt and after a couple of decades of very, very good acting, it’s hard not to disagree. Ironically his supporting work in Once Upon a Time in Hollywood is for doing supporting work for an egocentric actor played by Leonardo DiCaprio.

My pick: Joe Pesci
The Oscar goes to Brad Pitt

Performance by an Actress in a Supporting Role

We’re back where we started and Jennifer Lopez still isn’t there. Sad. Very, very sad and — again — proof the Academy Awards are as much a popularity contest as an award for skill. Her Oscar winning performance is hijacked by Bates, Pugh and Robbie. Bates — like the aforementioned Hanks and Hopkins — could play a mannequin and get nominated.

Pugh is pretty good as is Robbie but neither rocked my world. Scarlett Johansson did.

She’s a World War II mom who is wise, patient and loving and Struggling to raise Jojo Rabbit’s 10-year old Hitler-loving child. The same can be said for her work in the best actress category in Marriage Story. She’s amazing but not quite good enough in either to take home the statue.

In this case the Oscar belongs to Laura Dern and I have to agree. Dern is perfect as a new agey, platitude spouting divorce attorney leading Johansson’s character to the divorce promise land. She’s quite funny and delivers every line with tongue firmly planted in cheek.

The best animated feature Oscar will go to an undeserving Toy Story 4.

The adapted screenplay is a total tossup and one of the only interesting categories this year. Gerwig’s adaptation of Little Women is incredible and of the bunch it’s the best. A very, very close second is Taika Waititi’s Jojo Rabbit.

I loved both movies but Jojo the best. Like Gerwig, Waititi is an exceptional writer and a skilled filmmaker which makes this a really hard decision. In the end, I think Gerwig takes home the Oscar but I won’t be surprised if it is Waititi.

As for the original screenplays, there are three really good ones vying for the gold but Parasite takes it. Picking this one is frustrating to me — and probably to the Oscar voters — because Knives Out is a very, very clever whodunit and Marriage Story is a brilliantly written piece about the undoing of a marriage that ought not to have been undone.