My Favorite Movie: Interpretation — I’m bored out of my skull like everyone else 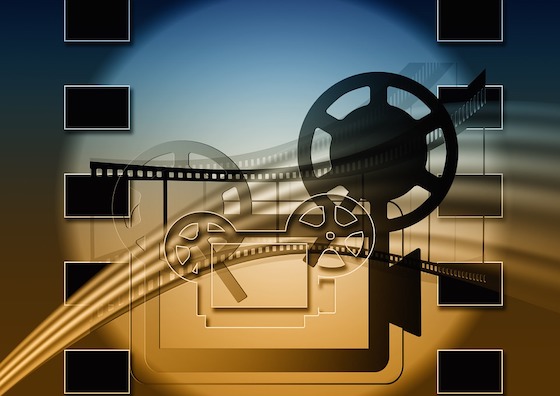 No movies. Well, almost no movies. Early next week I’ll have a review of Trolls World Tour. It is not my favorite kind of movie but at least it is a movie. The film was scheduled to go into theaters this week but instead will go to VOD. That’s view on demand for those of you not knowing the acronym.

Like the rest of the planet, I’m going stir crazy. For 30-years I’ve done at least one movie a week and most weeks it’s two or three. There have been times when I’ve seen as many as eight or nine in a week.

Suggestions keep popping up from friends and fans about old movies to review. They stretch from the Beatles and music to Bond and beauties, and from cinemas greatest classics to cartoons. I’ve already reviewed most of them and am not inclined to do them again.

Been there. Done that.

The subject of reviewing films I’ve already reviewed got me thinking. I’m always being asked to name a favorite movie. That’s a tough one since I’ve been a fan of film since I saw my first movie in a theater at age five.

And I saw two to six movies a week from the age 10 into adulthood.

As a young man I worked as a projectionist for a theater chain in Portland, Oregon. We ran a lot double features. Theaters used to do that all the time. Sometimes at drive-in theaters they’d have three or more movies on a bill. That job lasted me a couple of years and I saw a lot more movies.

From childhood through adulthood, and then adding the numbers of the 30 years of film criticism for this station, the Tri-City Herald in Tri-Cities, Washington, and for other TV and radio outlets, I estimate that I’ve seen around 10,000 movies.

How in the heck do you pick a favorite out of a number that big?

The simple answer is that you can’t. Last week and earlier this week I posted thoughts on my favorite end of the world and pandemic movies. A lot of the films I mention are among my best of the best. But none are “the” favorite.

I don’t have one. Not really.

However, if you push me, the name I always choose is The Wizard of Oz. Frequent listeners to my reviews on FM News 101 and readers of my newspaper column probably know that because I’ve mentioned it from time to time. I can almost see the faces of the rest of you. Huh? That one? Really?

But it is the one that most quickly comes to mind when the question is asked.

Here’s why. I was five at the time I saw it and it is my first movie. My mom took me. She loves movies and passed that love onto me. At the time we didn’t even have a television so I had zero reference point for moving pictures, or moving media anything.

The Wizard of Oz turned me on to a world that has been the most positive experience of my life. It’s a place I have gone many times to escape the pressures of this one. And it all started with a girl on a farm, a little dog named Toto, a tornado and some guy named Louis B. Mayer whose company gave the movie the green light.

I saw The Wizard of Oz just before television exploded onto the national scene and almost every family in the U.S. got one. At that point the film became an annual gather the family around the TV event. Every once in awhile Dorothy, Toto and her friends get a trip back into theaters.

I try not to miss it when it does.

Back in the mid-1990s I wrote a whole column on the movie and was able to thank my mom for passing her love of movies — and this movie in particular — on to me. I think that is the point where I, once and for all, decided it is my favorite movie.

Today The Wizard of Oz is pre-modern CGI by a century and everyone involved in the special effects, the story, its creation, the acting and its production have taken their own yellow brick road into immortality. Yet today, for those of us raised on the movie, nothing beats the colors, the music, the fun and the story.

The Wizard of Oz — oddly — has withstood the test of time. By the time someone is a teenager they’ve seen the film. Most love it as much as their parents and grandparents. In some cases, you can stretch that to great grandparents who are still alive and whose parents introduced them to the movie.

For me, thoughts of the movie take me back to a time when I watched movies like the rest of you. It was entertainment. I’ve always been critical but was still able to enjoy most movies. Since I now regularly write about what I think about them, I’ve become much more jaded.

That brings me to my real point.

If they’re honest, most critics who’ve been doing this awhile will tell you there are times when you just want to give it up. It’s a frustrating, solitary kind of life. You go to a theater, buy the ticket, grab some popcorn and a soda and watch a few trailers, enjoy the movie and go home. Your two-hour experience is two-hours.

Mine is four, or five and sometimes six.

It’s writer’s block. Or it’s not caring enough about what you just saw to even hate it enough to skewer the movie as it deserves. Then there’s the hassle of boiling down what you feel about the movie into a 45 second to one-minute segment for this station. How do you do that with a film as good as 1917 or The Irishman? Or — in the case of my newspaper column — there are cranky editors. I often face cranky studio representatives who invite me to movie screenings, and then there are cranky family members and friends who are ticked that you didn’t pick them to go with you to the screening of a majorly important movie starring their favorite actor, Mr. or Ms. so-and-so woopdidoo.

Then there are the people who tell you that you are the worst critic ever. They rant in ugly tones about how if you like something they hate it and vice versa. To me, that’s providing a very good, important and free service. They often don’t see it that way.

For years I’ve been a contributor to the movie website Rotten Tomatoes. A lot of you are familiar with how RT decided years ago to quit letting people post their comments on the critiques of critics. Some critics were receiving death threats. Though I never complained to the people that edit the website, I was one of those critics.

That’s something I have never understood. People take all kinds of time to write letters or send emails to rip a movie critic, and get all passionate and personally tweaked about their opinion of a movie yet ignore things in society that are far, far more important than a movie review.

And then there are the death threats. Really? Over a movie?

At this point reality comes to roost. Sometimes — 10,000 or so movies into your life — you are just plain tired.

So here I sit thinking about movies and my favorite of them all. This is a full month after my last trip to a theater. It’s at this point that the truth of this lifetime experience with movies hits home.

Critic criticism, hate mail, writer’s block, minute segments, editors, studio reps, too much time spent staring at a large screen and other issues aside, I get to the real truth. I’m addicted to movies. I am seriously, honestly and wholeheartedly addicted to them. As much as I sometimes hate movies, I also honestly love them to pieces.

A month away from my addiction and I’m desperately missing critiquing them and discussing what I love and don’t love about a movie with you, and with critic friends, and the people I regularly chat with about movies.

And it is that thought that brings me back to Dorothy’s only wish. She just wants to go home. For her there’s nowhere she’d rather be than dusty, dreary old Kansas. In the last 30 years theaters have been my home away from home. I’ve spent thousands and thousands of hours in them.

And today — like Dorothy — I find myself falling back in love with my own personal Kansas and saying softly to myself, “There’s no place like home.”

Do you have a favorite movie? If so, find me on Facebook or Twitter and let me know what you think.