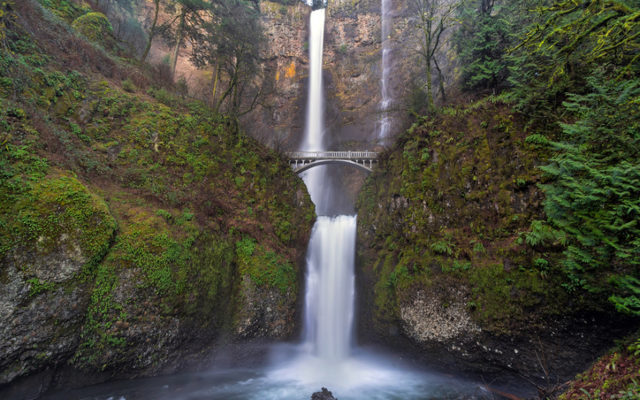 PORTLAND, Ore. (AP) — Oregon’s tallest waterfall and one of the state’s most popular attractions has reopened to the public with new guidelines in place amid the coronavirus pandemic.

Multnomah Falls opened in the Columbia River Gorge Tuesday, the U.S. Forest Service announced. New social distancing and face mask mandates were also announced, in addition to other strategies to keep crowds down and visitors separated from one another, The Oregonian/OregonLive reported.

There will be two phases to the reopening, the forest service said. The first, effective now, is first-come, first served, and allows up to 300 visitors at a time between 9 a.m. and 6 p.m. to check in and wait in a socially distanced queue from the parking lot to the viewing platform at the bottom of the waterfall.

The second phase, which is expected to be implemented in the next few weeks, will involve an online ticketing system allowing 300 people to visit the waterfall each hour, and will require reservations at least one day in advance.

Face coverings will be mandatory for all visitors, the forest service said, and signs will ask people to maintain distance from those not in their household. The Benson Bridge viewpoint at Multnomah Falls will remain closed, along with the hiking trail to the top of Multnomah Falls.