Multnomah County D.A. Announcing He Won’t Charge Many Of Those Arrested During Protests 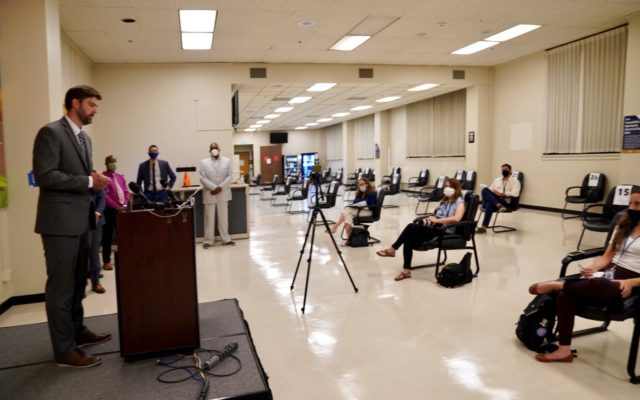 During a press conference, D.A. Schmidt said: “In order to advance public safety, we must not only prevent crime, but we must also promote economic and housing stability, educational opportunities, strong family and community relationships, and the mental and physical health of all those in our community.  If we leverage the full force of the criminal justice system on individuals who are peacefully protesting and demanding to be heard, we will cause irreparable harm to them individually and to our society.  The prosecution of people exercising their rights to free speech and assembly in a non-violent manner takes away from the limited resources that we have to prosecute serious crimes and to assist crime victims.”

The Multnomah County District Attorney’s Office will presumptively decline to prosecute a case where the most serious offense is a city ordinance violation or where the crime(s) do not involve deliberate property damage, theft or the use or threat of force against another person.

Crimes in this category include:

When a person is charged with a misdemeanor or felony crime that causes only financial harm during a protest, there will be a presumption that the individual will either be offered conditional dismissal after restitution is paid to the victim or when other amends to the community are made, such as restorative justice with the impacted victim.

Crimes in this category include:

You can read a full copy of the new policy here