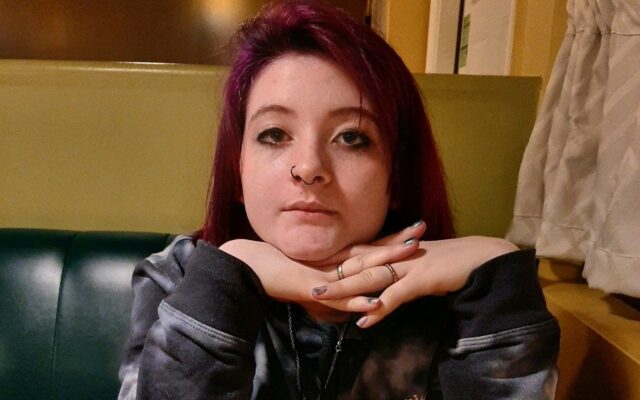 5/19 UPDATE: Payton has been found safe.

UPDATE: Payton is suspected to be in the company of three adults named David Jacobsen, age 38, Tausha Hague, age 32, and Tyler Chase, age 22.

PORTLAND, Ore. – A 15-year-old foster child from Portland has been missing since March 22nd and is believed to be in danger.

The Oregon Department of Human Services says Payton Smith may be with two adults named David Jacobsen and Tausha Hague and could be at a hotel or motel near NE 97th and NE 102nd in Portland.

She also likes to go to Goodwill Stores in Portland and The Dalles.

(Salem) – The Oregon Department of Human Services (ODHS), Child Welfare Division, asks the public to help find Payton Brazell Smith, age 15, a child in foster care who went missing from Portland on March 22, 2021. She is believed to be in danger.

ODHS asks the public for help in the effort to find her and to contact 911 or local law enforcement if they believe they see her.

Payton is suspected to be in the company of two adults named David Jacobson and Tausha Hague.

She may be at hotel or motel in the area near NE 97th Ave. and NE 102nd Ave. in Portland near the city’s border with Gresham. She is also known to frequent Goodwill stores in Portland and The Dalles.

Anyone who suspects they have information about Payton’s location should call 911 or local law enforcement.

A small number of children in foster care may be in significant danger when they run away or have gone missing. As ODHS works to do everything it can to find these missing children and ensure their safety, media alerts will be issued in some circumstances when it is determined necessary. Sometimes, in these situations, a child may go missing repeatedly, resulting in more than one media alert for the same child.

Report child abuse to the Oregon Child Abuse Hotline by calling 1-855-503-SAFE (7233).  This toll-free number allows you to report abuse of any child or adult to the Oregon Department of Human Services, 24 hours a day, seven days a week and 365 days a year.