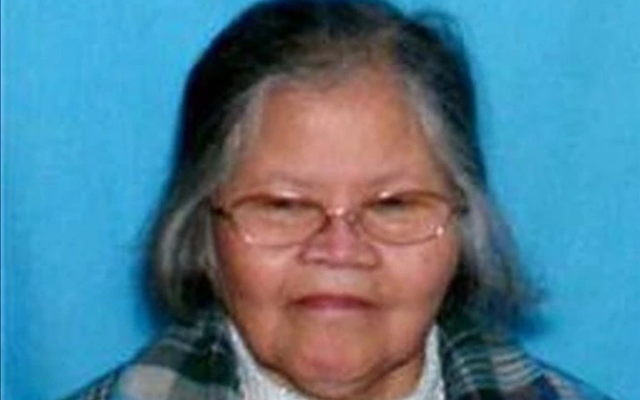 PORTLAND, Ore. — Portland Police say they have found previously missing woman Adela Chapman and thank the public for their assistance.  Below is a version of the message sent out by PPB this morning, followed by the earlier one when Chapman went missing.

Chapman was located this morning pushing a shopping cart on Powell Boulevard, in Gresham, by an alert City of Portland employee during their morning commute. The Portland Police Bureau and Missing Persons Detectives are grateful for everyone’s diligence in helping Chapman to be safely reunited with her family.

An 84-year-old woman is missing and the Portland Police Bureau is asking for the public’s help to find her.  Adela Chapman left on foot at noon Monday from her home on SE Rhine Street.  Officers say this is not the first time she has walked away from her residence.  She had previously been found nearby pushing a shopping cart.

Chapman is an Asian woman, 4′ 9″ and 100 lbs with shoulder length black and grey hair.  She was last seen wearing a lime green puffy coat, pink pants and black shoes.

PPB says she is familiar with TriMet.  They say they are worried about her, especially at night.

Anyone who sees Adela Chapman is asked to call 911.