Metro Blanketed With Snow And Ice, More To Come 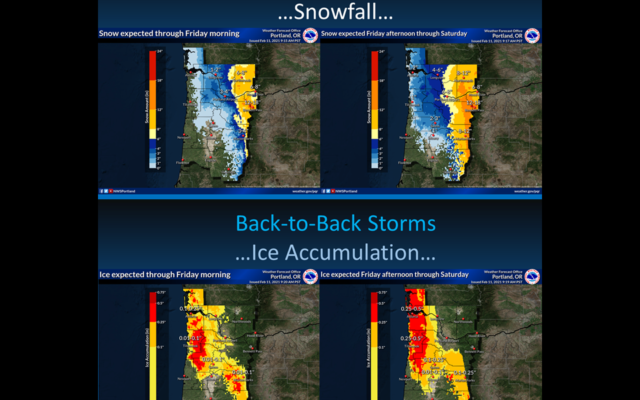 Portland, Ore — Anywhere from 1-inch to 3-inches of snow fell throughout the Portland Metro area and in many cases the snow fell on top of a layer of ice.

Slick roads caused a few issues over night including on I-5 in Tualatin where truck flipped over blocking lanes for several hours.

Cornelius Pass Rd remains closed. Road conditions are very dangerous in the area due to ice and blowing snow. pic.twitter.com/sZfUwMwMZd

The National Weather Service says more snow is on the way for Friday night into Saturday.

A Winter Storm Warning is still in affect for the Portland Metro. 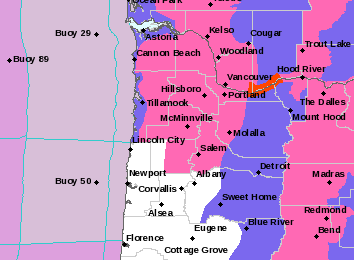