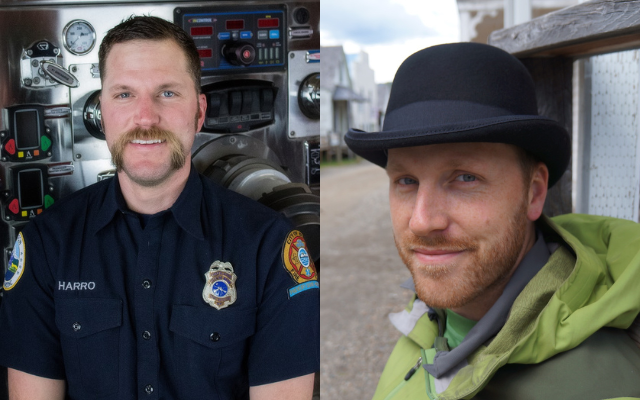 BEND, Ore. — A memorial service for Daniel and Mark Harro is planned for this Sunday, August 28th.

The twin brothers died in a plane crash on August 15th after taking off from the Johnson Creek airstrip near Yellow Pine, Idaho on their way back home to Bend from a backcountry flying and camping trip.  The cause is under investigation.

Daniel, 38, was a firefighter with Bend Fire & Rescue and previously served in Scappoose.  He was said to be an avid flight enthusiast.  Daniel and his wife’s dog, Cinder, miraculously survived and is recovering at home.

The memorial service will take place Sunday at the Hayden Homes Amphitheater in Bend at 11:00am.  It will include a full fire service active duty death ceremony arranged by Bend Fire & Rescue, the Oregon Honor Guard and numerous other emergency service agencies.

The family is accepting donations on the brothers’ behalf: Daniel Harro | Mark Harro

“We would like to extend our deep gratitude to the community of Bend for supporting our fire family during this difficult time, as well as to our neighboring central Oregon fire departments and others throughout the state who have offered their love, support, and assistance to us.  Words can’t express our appreciation for your actions,” Bend Fire & Rescue said in a press release.