Mayor Durkan calling on state to stop hospitals from special access to vaccine for donors, others 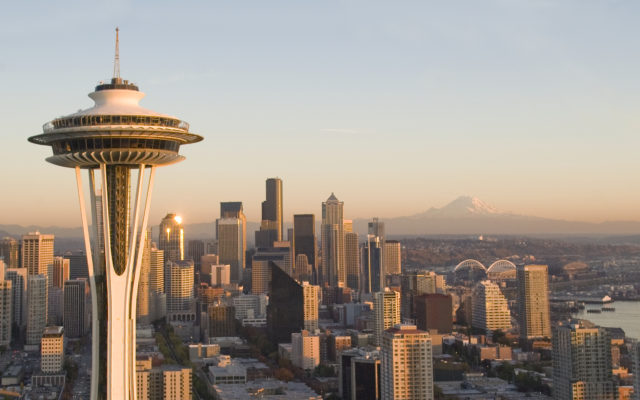 Durkan on Friday also called for the state to reallocate vaccines to community health clinics that serve low-income communities of color, The Seattle Times reported. Her calls come amid rising concerns that the limited vaccine supply is not reaching people who are at higher risk than others.

“Not only are communities of color disproportionately impacted by COVID-19, many (Black, Indigenous and people of color) communities are hesitant to get the COVID-19 vaccine due to systemic racism perpetuated by government and the health care system,” Durkan said in a statement.

Tara Lee, executive communications director for Gov. Jay Inslee, said: “We appreciate Mayor Durkan’s commitment to prioritizing the most vulnerable,” adding that the state “is already moving in that direction — increasing doses to clinics and other places.”

Hospital officials have said they were trying to fill vaccine appointments quickly or test software using familiar contacts. But two of the organizations acknowledged they erred by creating an appearance of favoritism toward wealthy or connected people.

Overlake Medical Center emailed about 110 donors who gave over $10,000 to the Eastside hospital system, informing them that vaccine slots were available that afternoon and in following days. On its public website, appointments were booked through March.

Overlake shut down online access to the invite-only clinic after Inslee’s staff called them.

“We thought that was the most efficient way to add slots,” said Tom DeBord, Overlake’s chief operating officer, adding that he understood why it was being perceived negatively, but that “it was never intended to be a donor event.”

Providence Regional Medical Center in Everett offered a Jan. 25 clinic for donors, board members and fundraising campaign volunteers. At the time, Providence expected to provide vaccination for the general public this week, but it didn’t receive enough supply, spokesperson Casey Calamusa said.

In a statement Providence said, “In retrospect we understand that in our haste to vaccinate people quickly — including certain members of our hospital community — we created the impression that some people are able to use their access to unfairly get a vaccination appointment.”

EvergreenHealth in Kirkland performed a test of its scheduling tool by sharing a link to vaccine appointments with some foundation board members and volunteers, in addition to partner organizations who serve older adults. EvergreenHealth spokeswoman Kay Taylor told The Associated Press in an email Friday that everyone they reached out to was eligible for a vaccine and that outreach included eight volunteer members of their foundation board.

“EvergreenHealth’s commitment remains to effectively distribute vaccine to as many eligible members of our community as quickly as possible, while managing a challenging balance of limited supply and high demand,” Taylor said.

According to a Kaiser Family Foundation report, 17 states were reporting such data as of Jan. 19. Among 13 of 16 states that had reported the distribution of vaccines by race and ethnicity, the share of vaccinations among white people was larger than that demographic’s proportion of coronavirus cases.