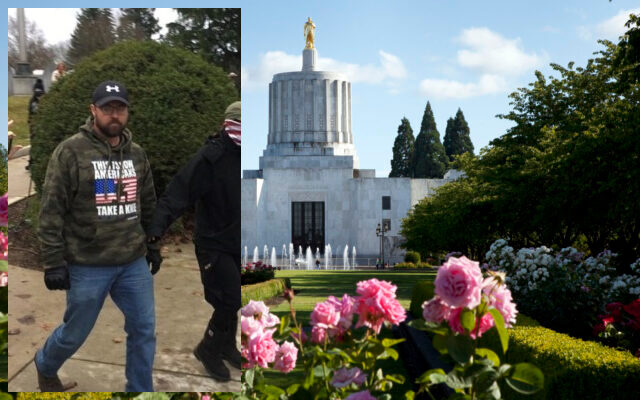 SALEM, Ore. — A man Oregon State Police say tried to break into the state capitol, and attacked two reporters, has turned himself in.

Jeremy Roberts is in the Marion County Jail, on charges including assault, harassment and criminal mischief.

He’s one of several people charged in connection a protest on December 21st, when the Oregon State Capitol was closed to the public because of COVID precautions.

Protesters argued their rights were being violated and they wanted to be inside the building to witness lawmakers’ one day special session on COVID relief.