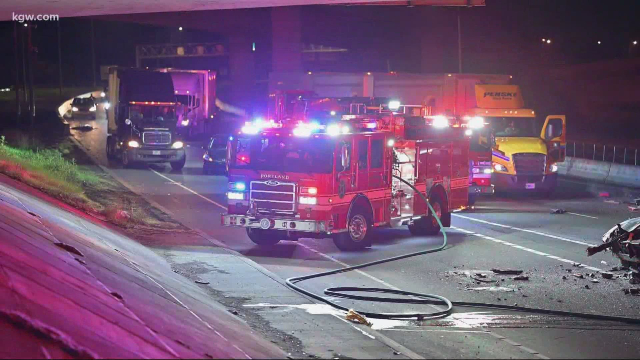 PORTLAND, Ore. — A man was killed when his vehicle was hit head-on by a wrong-way driver on Interstate 84 eastbound near the Halsey/Gateway exit just before 4:00 on Thursday morning.

Firefighters attempted to save the victim’s life.  He’s identified as Devontay Rhodes.

Police say 28 year-old Brian Paul Gardner was driving westbound in the eastbound lanes around a curve that was tough for oncoming drivers to see him.  Gardner is charged with Manslaughter II, Reckless Driving and DUII.

Court documents state that Gardner told a paramedic he had snorted cocaine.  His blood-alcohol level was .134%, well over the legal limit of .08.

Dashboard video from a UPS truck showed the victim in his lane.  One of the vehicles flipped.

The freeway was shut down for nearly five hours as the Major Crash Team investigated the 44th traffic fatality in the city this year.