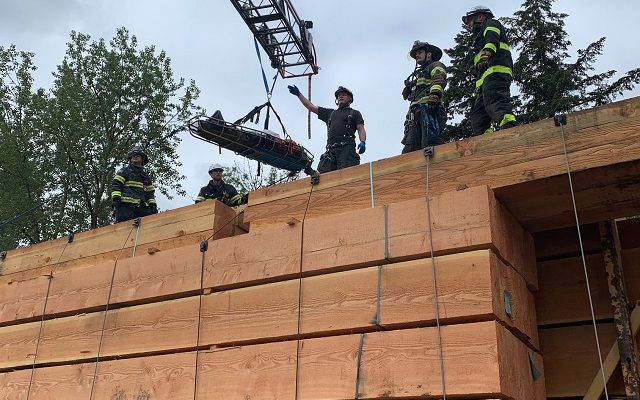 Clackamas county, Ore. – A man reportedly climbed onto a freight train in Eugene and got trapped in a load of wood beams. He apparently yelled for help, but no one heard him until the next day, when the train was in the Clackamas area. A train worker was performing a routine inspection of the train and heard someone yelling, and finally called 911. Clackamas Fire and Rescue crews had to use a special aerial ladder to lift the man off the train, and out of his log jam to safety. 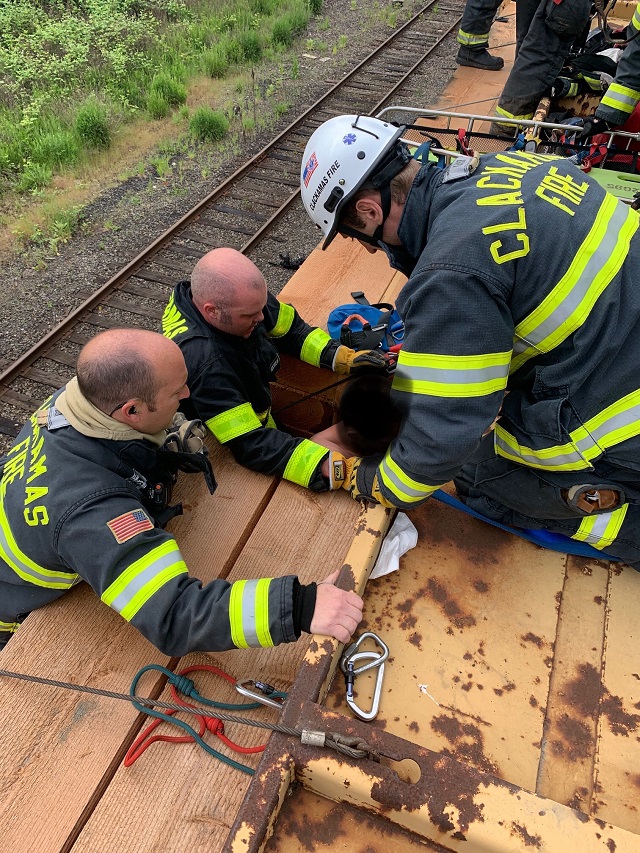 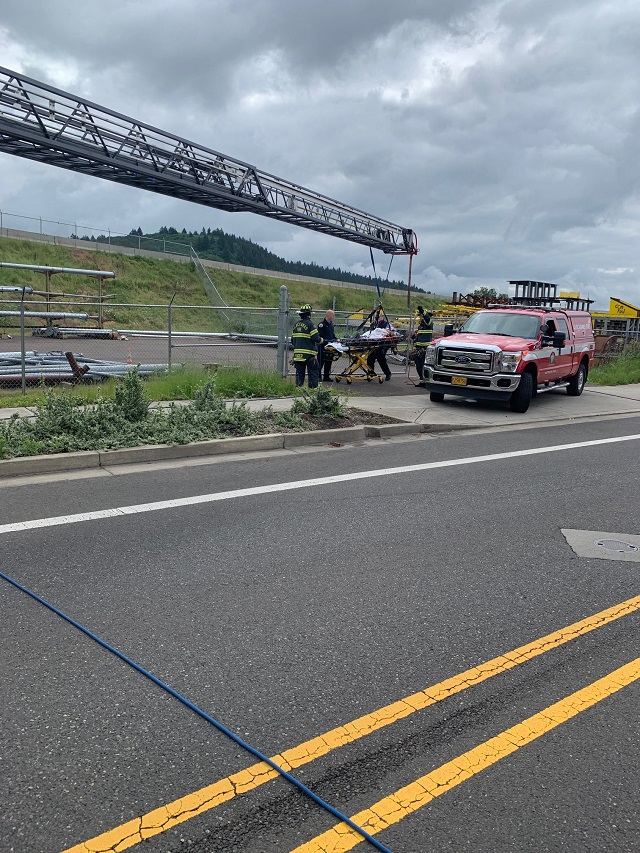 The tracks were shutdown near Highway 224 and I-205 for about an hour. The man was taken to the hospital, but no word on his condition.

At 7:50 a.m. (Saturday 5/23/20) crews were called to a report of a person stuck under a train in the area of Lawnfield Rd. and Minuteman Way near Camp Withycombe in Clackamas.  First arriving firefighters found one male subject trapped between a load of large wood beams on a freight train. The patient was uninjured but very weak and unable to climb out.  Due to the position of the patient on the train, the Clackamas Fire Technical Rescue Team was called to the scene to use a rope system and aerial ladder to lift him out.

After evaluating multiple options, the rescue team was able to safely secure a rope to the patient and using the tip of the aerial ladder, lift him out from where we was stuck on the train.  Once he was removed, the patient was quickly evaluated for injuries and transferred to American Medical Response to be transported to an area hospital for further evaluation. The rescue took just over an hour with the train track being shut down during this time.

The incident was reported by a train worker who was perfoming a routine inspection of the train and heard someone yelling.  Once the train worker determined that the patient was stuck in between the large stacks of lumber and unable to get out, they called 911 for assistance.  The patient reported getting on the train in Eugene and fell into the stack of lumber, spending the night trapped between the stacks.

The Technical Rescue team is made up of Clackamas Firefighters who are highly trained to perfom complex rescues in a wide variety of disciplines including rope rescue, confined space and extrication.