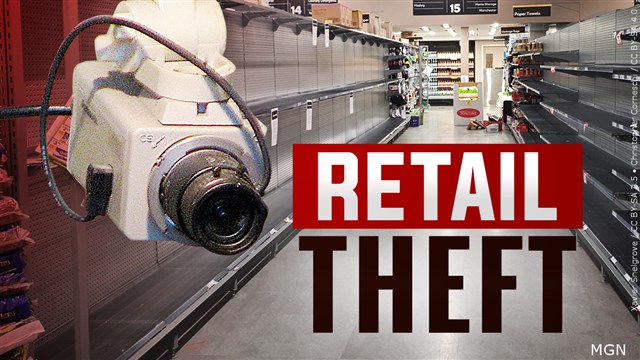 TIGARD, Ore — A man familiar to police is facing several charges, linked to $300,000 dollars in theft across the Greater Portland

This past Tuesday, Loss prevention employees in Beaverton recognized him as a known shoplifting suspect and notified police.

Deputies with the Washington County sheriff took Bailey into custody after catching him when he tried to run away.

During the arrest…deputies found about 40 pills believed to be containing fentanyl, meth, and heroin.

Bailey is in the Washington County Jail facing 16 criminal charges. Tigard Police consider this to be the most significant

Retail theft arrest in recent memory. Bailey was indicted by a grand jury on several theft-related cases in June.

Beaverton Police is aware of at least one more case and additional charges are likely.