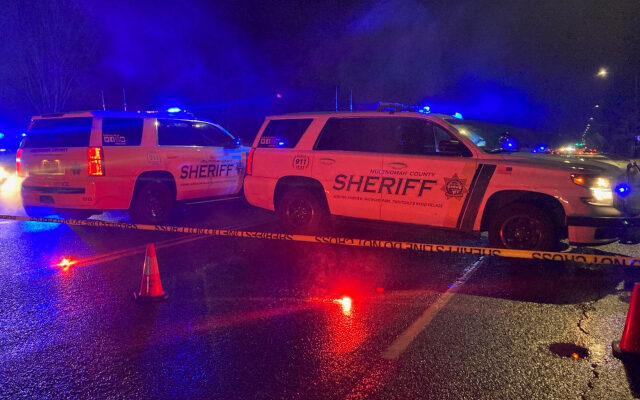 TROUTDALE, Ore. — A man was hit by a car while attempting to cross Southwest 257th Avenue on the evening of December 30th.

He has been identified as 59-year-old James Colasanti.  Investigators say he was crossing 257th Avenue from east to west and was nearly hit by a vehicle in the northbound lanes near 28th Street before continuing westbound where he was fatally struck.

The Multnomah County Sheriff’s Office says further investigation found that Colasanti was not in a marked crosswalk and was wearing dark clothing at the time of the crash around 5:30pm.

The driver who hit him was found not to be impaired and going the speed limit.