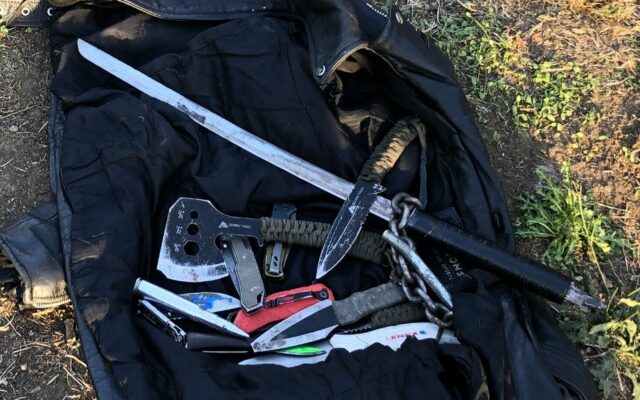 A man is facing charges after allegedly robbing a Northeast Portland home while armed with a sword and a knife. Neighbors called 911 Saturday afternoon after seeing the suspect going inside of the house. When police arrived, the man allegedly became agitated and started charging at officers, who fired two less-lethal foam-tipped rounds to slow the man’s approach. Police used de-escalation techniques and took the man into custody. He was armed with 15 weapons including the sword, knives, and ax and a slingshot. He was taken to a hospital for an evaluation.