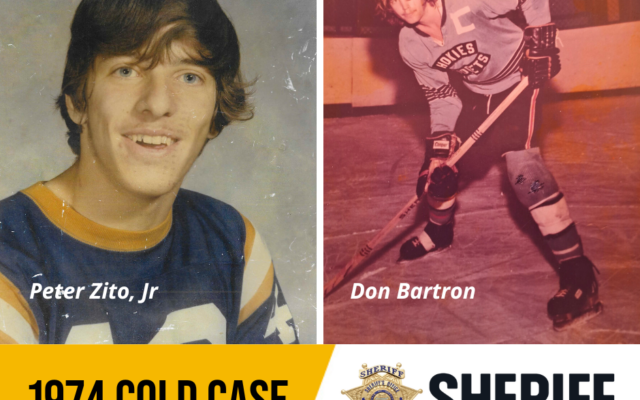 PORTLAND, Ore. (AP) — A man has been arrested nearly five decades after two high school students were found shot to death outside a recreation center in suburban Portland, Oregon.

The Sheriff’s Office said Friday it had matched ballistic evidence from a gun Criss used to kill another man in 1976 to the earlier shooting of Bartron, 16, and Zito, 18.

This week, the case was presented to a grand jury in Washington County, which indicted Criss, of Aloha, on two first-degree murder charges. It wasn’t immediately known if Criss has a lawyer to comment on his behalf.

The Aloha High School students were shot multiple times in the head around 4 a.m. on Oct. 3, 1974, near a parked car at the Oak Hills Recreation Center in Beaverton.

Criss was identified as a suspect within weeks after learning that Bartron had worked at a restaurant with him. Criss, 17 at the time, had “reason to be upset with Donny,” Detective Mark Povolny said during a Friday news conference, without explaining why.

About two months after the shootings, Criss was arrested for theft. Deputy Jim Spinden found an illegally concealed .22 caliber handgun in Criss’ car. The gun was taken for testing but the crime lab reported the gun was not a match.

The gun was returned to Criss, and he joined the U.S. Army, where he was based at Fort Lewis in Washington state.

“Criss had damaged Brown’s car and owed him a few hundred dollars. Instead of paying his debt, he shot Sgt. Brown five times in the head,” Povolny said. Criss pleaded guilty and was sentenced to 35 years in a military prison. He was paroled after 12 years.

Because that conviction was obtained through a confession, the Washington County Sheriff’s Office never went back to check the ballistics, according to a Public Information Officer.

Earlier this month, the Oregon State Police crime lab confirmed the gun Criss had when he was arrested in December 1974 was the same used to kill Brown – and the teens in 1974.

The match – and other new, unspecified evidence – led to Criss’ arrest Wednesday near his Aloha home, officials said. He’s currently lodged in the Washington County Jail.