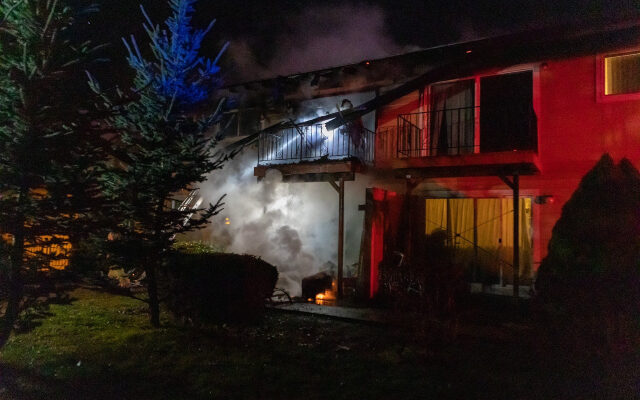 PORTLAND, Ore. — Police have arrested a man and charged him with arson for setting a fire at the Alder Royal Apartments near Southeast 162nd and Alder around 2:30 on Wednesday morning.

40-year-old Gary Hickey is accused of setting his own apartment on fire.  Other residents told investigators that Hickey had been posting on social media that he wanted to burn the place down.

7 families were displaced by the fire.  A family in the unit across the breezeway was forced to jump off the balcony to safety.  The dad opened the door to get out, but was forced back inside because of the smoke and flames.  The father, his two children, a cat and dog were able to make the jump without getting hurt.  One of them landed on a Gresham firefighter.

“It was cold enough this morning, we called a bus to shelter the people who were standing outside.  They just weren’t dressed for the colder temperatures,” said Lt. Rich Chatman with Portland Fire and Rescue.