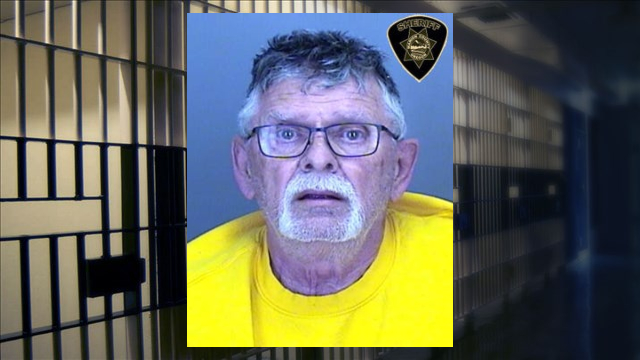 SALEM, Ore. — A man was arrested for firing a gun at a protest in Salem on Thursday night.

75-year-old Larry McFarland of Keizer is charged with unlawful use of a weapon with a firearm and menacing.

About 20 protesters calling for the abolishment of police gathered in front of the Salem Police station around 9:00pm.

Witnesses say McFarland drove up to a group on the sidewalk, stepped out of his vehicle armed with the shotgun and fired a round into the air.  Nobody was injured.

Officers called for him to drop the weapon, but he took off and was arrested in a traffic stop.

Not my video. Captured by a brave comrade. pic.twitter.com/63gySnAa1y