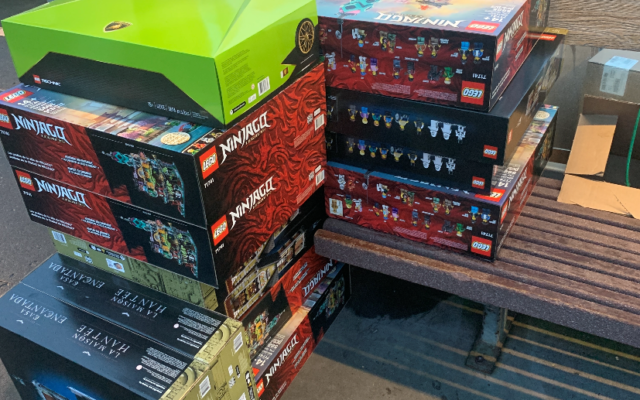 A man was arrested for stealing thousands of dollars worth of Lego sets in Tigard.

Early Friday morning Tigard Police officers were called out to the Washington Square Transit Center on Washington Square Road after a Tri Met driver told police that a man was “moving piles of cardboard boxes from a wooded area near the back of a neighboring store to the bus shelter.”

Officers responded and found the boxes some opened, others unopened containing Lego sets.

Officers found out that the locks to a secure storage area for the Lego store at the mall had been allegedly cut.

Officers then discovered a dolly cart in the wooded area with several additional cardboard boxes with matching designs.

Store employees confirmed the dolly and the missing merchandise had been kept in the secure storage area.

The man at the bus shelter was identified as 40 year old Nathaniel Nixon of Portland.

Officers found tools in his backpack consistent with the damage to the storage area.

He was arrested on multiple charges.