Portland, Ore. – A man has been arrested for stabbing another man during a fight Sunday morning. It happened in Southeast Portland near 136th and Holgate. Sgt. Kevin Allen says the man who was stabbed will survive. The two knew each other. 26-year-old Devante Santos also assaulted a relative before it was all over. Now he faces several charges. 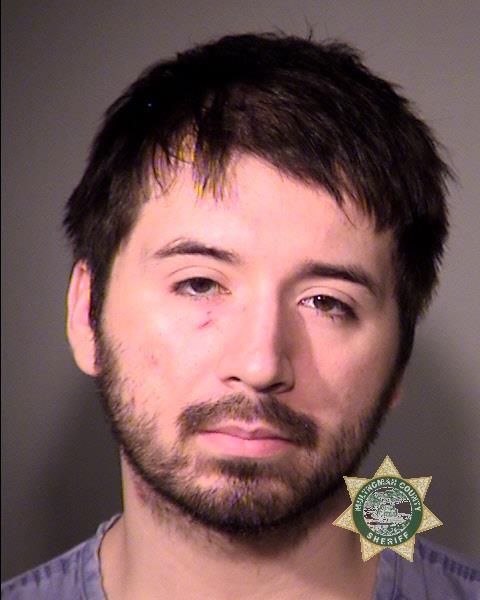 Assault detectives have made an arrest in the stabbing case in the Powellhurst-Gilbert neighborhood. Devante G. Santos, 26 (photo), was booked in the Multnomah County Detention Center on charges of Assault in the Second Degree and Domestic Violence Assault in the Fourth Degree.

The victim, who was a person known to the suspect but not a family member, remains in the hospital with what are believed to be non-life threatening stabbing injuries.

The separate domestic violence assault charge was a result of Santos assaulting a family member causing a physical injury. Detectives are continuing to investigate and additional charges are possible.