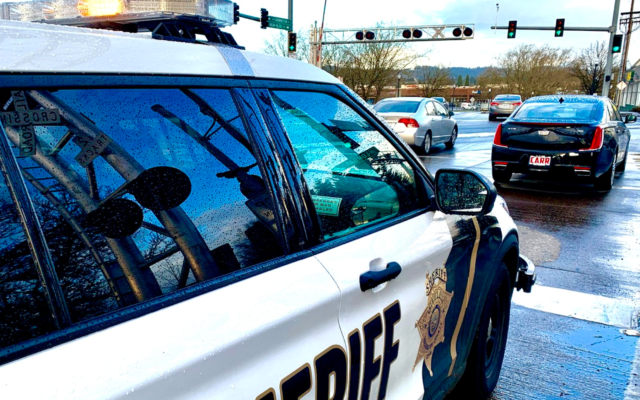 Deputies say they learned that two men were test driving a 019 Cadillac XTS with a Carr Chevrolet employee.

Then men allegedly told the employee that they had a gun and ordered him out of the car.

After stopping the car, deputies say that they saw one of the men had gotten out somewhere along the way.

After looking through the surrounding area, the second suspect was not found.

He has been described as a Black man, about 5’5” tall with a medium build. He was last seen wearing all black with a white mask.