Man Accused of Murdering Father Arrested During Shootout on I-84 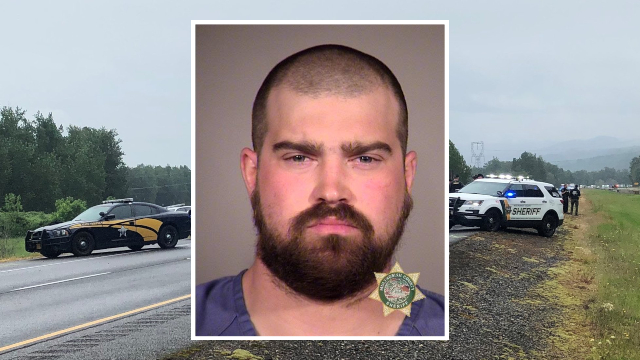 TROUTDALE, Ore. — Police say a man drove a stolen vehicle to his father’s home in Ritzville, Washington in Adams County, kicked in the front door and shot and killed Douglas Morris with a rifle on Thursday morning.

He reportedly carjacked a person near Rooster Rock State Park and kept going.  Police stopped the vehicle using pursuit intervention tactics about eight miles west of there.  The vehicle came to rest in a field where Morris was arrested.

Morris was transported to a hospital and booked into jail for attempted murder, unlawful use of a weapon, robbery, unauthorized use of a motor vehicle, and attempt to elude.

The OSP troopers who fired their weapons are on paid administrative leave as is standard procedure in officer-involved shootings.

The westbound lanes of Interstate 84 were closed for 26 miles from Troutdale to Cascade Locks well into the evening hours.