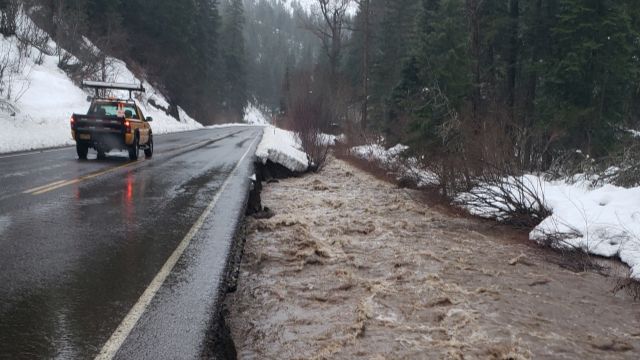 Pendeon, Ore – Lots of snow in the Blue Mountains earlier in the week turned to rain, that, combined with warming temperatures has caused some record high water levels.

Dan Slagle with the National Weather Service in Pendleton says they haven’t seen flooding like this since 1996.

Some people had to be AIR LIFTED from their homes. The good news is, it is starting to recede now and will hopefully be back to normal late this weekend and into next week.

The Oregon Department of Transportation had to close portions of Interstate-84 on Friday because of the flooding. Water covered roadways, and fast moving creeks formed on the side of the freeway washing out the shoulder and causing steep drop offs.

Tom Strandberg with ODOT says that even after the water recedes, drivers near Hermiston and Pendeton should expect detours and road closures as crews inspect and repair water damaged roads.