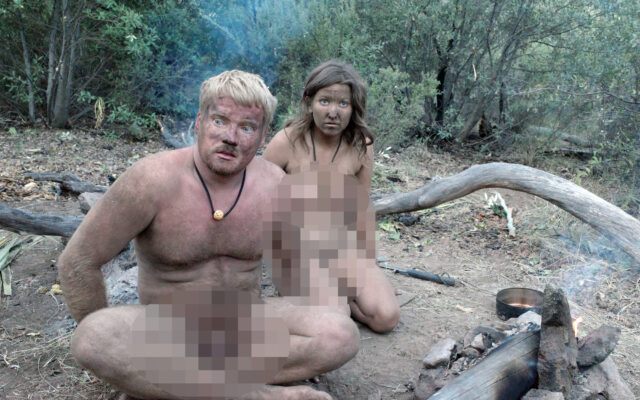 Matthew and Ashley sitting by fire

TIGARD, Ore. — Mother of 3 Ashley Morin is back to regular life after completing her appearance on the longtime Discovery Chanel reality T.V. show Naked and Afraid.

KXL’s Brett Reckamp had a chance to visit with Ashley about 6 months after her event.  Ashley says it was one of the toughest things she has ever done – even harder at moments than having her children!  Who by the way are now 6, 4 and 2-years-old.

Ashley is by nature a modest person.  She says it took some planning to prepare herself to get naked with her show partner on national television, but that after a few minutes, she quickly forgot about that and got into survival mode.  She was paired with Matthew Garland.  Ashley says she was glad to have another married person because they were both easily able to move into their roles for survival.  Matt did most of the hunting and trapping while Ashley was more of a “camp mom” who maintained their shelter, water and other needs.  After 14 long days, they completed their survival test.

Ashley says the support of her husband, who is also named Matthew was critical.  She is a business owner.  The Morin’s are are a U.S. Marines family of 5.