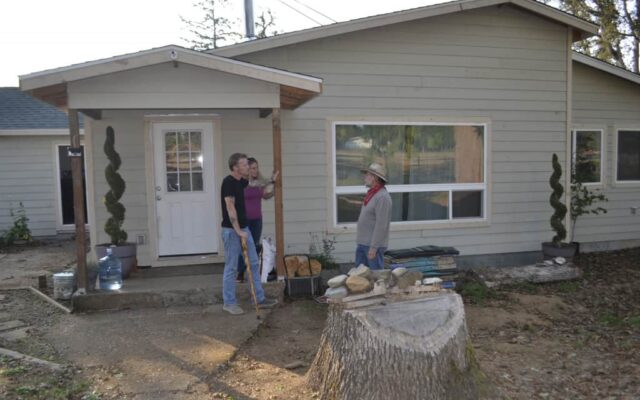 Cresswell, OR — We first told you about Iraq War hero Jayson Southmayd back in January of 2021.  He was badly hurt several times during tours serving our country.  After several acts of God and a shady contractor, Jayson and his wife Misti found themselves nearly homeless.  Local Building Official Jason Bush decided to step in and made it his mission to build the Southmayd’s a new house – no matter what it took.  It has taken a lot.  Countless volunteer hours and thousands upon thousands in donated labor and materials.  But, the they can now see the light at the end of the tunnel and hope to soon have a grand opening of sorts.

The project still needs funds to put them over the edge.  If you have interest in donating to this cause, you can learn more about everything and use the link in their website:  SouthmaydeHomeBuild.org

Jason Bush has been faithfully sending out weekly updates on the progress of this project.  He recently spoke to KXL’s Brett Reckamp.  You can hear their conversation by using the link below.

And, if you know of anyone you would like to nominate as a KXL Everyday Hero – send us an email:  [email protected]