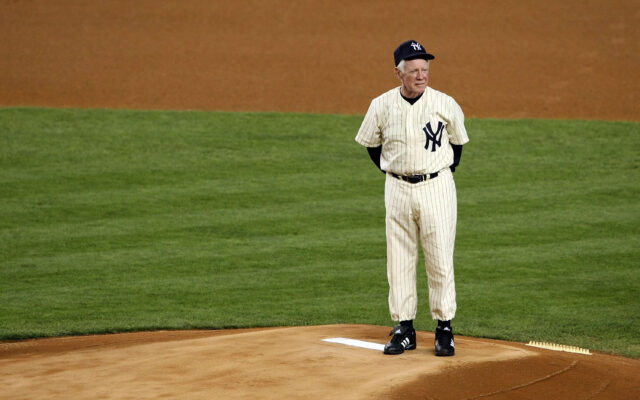 NEW YORK - SEPTEMBER 21: Whitey Ford stands on the mound during a pregame ceremony prior to the start of the last regular season game at Yankee Stadium between the Baltimore Orioles and the New York Yankees on September 21, 2008 in the Bronx borough of New York City. The Yankees are playing their final season in the 85 year old ball park and plan on moving into the new Yankee Stadium across the street to start the 09 season. (Photo by Nick Laham/Getty Images)

The cause was not known.

Ford was called the the “Chairman of the Board.”

He had the best winning percentage of any pitcher in the 20th century and helped the Yankees become the game’s perennial champions.

The wily left-hander started in 1950 spent 16 seasons in the majors, all with the Yankees.

He was among the most dependable pitchers in baseball history.

He helped symbolize the almost machinelike efficiency of the Yankees in the mid-20th century.