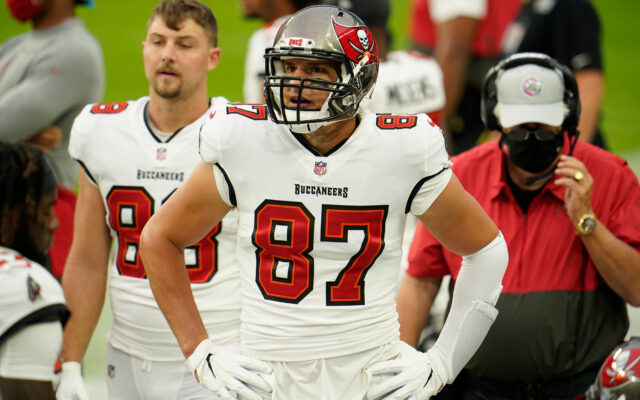 Tampa Bay Buccaneers tight end Rob Gronkowski (87) stands on the sidelines during the game against the Las Vegas Raiders in the first half of an NFL football game, Sunday, Oct. 25, 2020, in Las Vegas. (AP Photo/Jeff Bottari)

The four-time Super Bowl champion with the Patriots and Buccaneers thanked his teammates and coaches over the years in a post on Instagram and said he’s going back to “chilling out.”

The 33-year-old retired in 2019 after nine seasons with the Patriots.

He returned in 2020 when Brady went to Tampa and the close friends teamed up to help the Buccaneers win a Super Bowl in 2021.

Gronkowski had 621 catches for 9,286 yards and 92 touchdowns in the regular season.