U.S. Economy May Be Stalling Out As Viral Outbreak Worsens 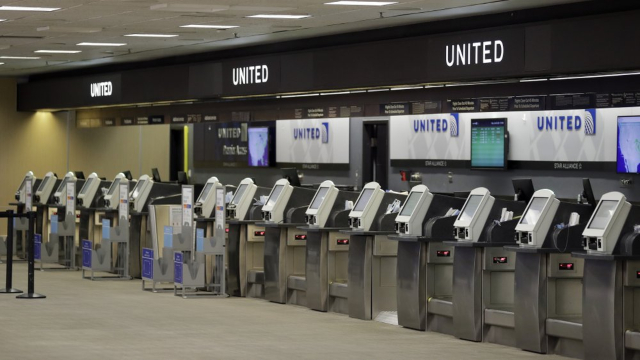 WASHINGTON (AP) — The U.S. economy is stumbling as the viral outbreak intensifies, threatening to slow hiring and deepening the uncertainty for employees, consumers and companies across the country.

Coronavirus case counts are rising in 38 states, and the nation as a whole has been shattering single-day records for new confirmed cases. In six states representing one-third of the economy — Arizona, California, Colorado, Florida, Michigan, and Texas — governors are reversing their reopening plans. Reopening efforts are on pause in 15 other states.

The reversals are keeping layoffs elevated and threatening to weaken hiring. More than 1.3 million people applied for unemployment benefits last week, the Labor Department said Thursday, down from 1.4 million the previous week but still roughly double the pre-pandemic weekly record. Applications had fallen steadily in April and May but have barely declined in the past month.

Jobless claims “are stalled out at a new normal of over a million new claims every week,” said Daniel Zhao, an economist at Glassdoor. “The virus is in the driver’s seat and we’re along for the ride until the current public health crisis is resolved.”

Some economists have even warned that a so-called “double-dip” recession, in which the economy shrinks again after rebounding, could develop. Consumers, the primary driver of U.S. economic growth, are pulling back on spending in restaurants and bars, especially in the hardest-hit states. Some small businesses are closing, either under government orders or because of a lack of customers, according to private data.

Several companies have warned in recent days that more layoffs are coming. Levi’s, the iconic jeans maker, said it will cut 700 corporate jobs. United Airlines has warned 36,000 of its employees — nearly half its workforce — that they could lose their jobs in October. (Airlines aren’t allowed to cut jobs until then as a condition of accepting billions of dollars in government rescue aid.) Motorcycle maker Harley Davidson said it will eliminate 700 corporate jobs.

The pandemic drove Walgreens to a deep loss in the most recent quarter, with customers staying home or limiting shopping to essential supplies from grocery stores. Walgreens will cut 4,000 jobs at its pharmacy chain Boots in the United Kingdom. Bed Bath & Beyond said it will close 200 stores over the next two years as its sales have slid.

The uncertainty fanned by the pandemic has led many CEOs to abandon their forecasts for second-quarter results. Just as with the economy, forecasters say it could take years for corporate earnings to return to the levels they were at before the pandemic.

With reported viral cases surging, restaurant visits are falling in Arizona, California, Florida, and Texas, which together account for half of new confirmed infections. This week, in Arizona, restaurant traffic was down 65% from a year earlier, worse than the 50% year-over-year drop two weeks earlier, according to data from reservation app OpenTable. In Florida, traffic was down 57%, compared with 45% two weeks before.

Last week, applications for U.S. unemployment benefits spiked in Texas, Nevada, Tennessee and Louisiana — states where confirmed cases of the virus are intensifying. They also jumped in New Jersey and New York, where the pandemic is mostly under control, but where reopening steps have been postponed.

Applications dropped in California and Florida, though in California they remained high, with more than 267,000 claims. That is more people than were applying each week for unemployment benefits in the entire country before the pandemic hit. Jobless claims also declined in Michigan and Colorado.

The total number of people receiving jobless benefits fell 700,000 to 18 million. That suggests that some companies are continuing to rehire a limited number of workers. An additional 1 million people sought benefits last week under a separate program for self-employed and gig workers that has made them eligible for aid for the first time. These figures aren’t adjusted for seasonal variations, so the government doesn’t include them in the official count.

In New Jersey, about 4,000 people had expected to return to their jobs last week at casinos in Atlantic City, after Gov. Phil Murphy said they could fully reopen. But Murphy later said the casinos couldn’t reopen their restaurants and bars because indoor dining was too risky. Employees who had hoped to return to work feel whipsawed.

“I wanted this nightmare to go away,” said Mineli Polanco, a beverage server at Borgata, a hotel and casino. “That first call was such a relief: things were going back to normal. Then the second call came, and it was a new nightmare.”

Signs of a weakening jobs picture suggest a turnaround from last week’s jobs report for June, which showed a solid gain of 4.8 million jobs and an unemployment rate that fell to 11.1% from 13.3%. But the June jobs report reflected surveys of Americans that were conducted in the middle of that month — before the pandemic flared up again. And even counting that hiring gain, the economy has regained only about one-third of the jobs that vanished in March and April.

Credit card data from both Bank of America and J.P.Morgan Chase show that spending has slipped in the past two weeks, even in states that don’t have sharp outbreaks.

“This suggests that renewed fears about the virus, rather than government restrictions, are driving the pullback in activity,” said Andrew Hunter, senior U.S. economist at Capital Economics, a forecasting firm.

Among retailers, the number of shifts worked changed little last week after steady increases in previous weeks, according to data from Kronos, which makes scheduling software. David Gilbertson, a vice president at Kronos, said this indicates that consumer demand in many cases hasn’t picked up enough to justify more employees.

“Everything that’s going to be open is open,” Gilbertson said. “Now, we just need more people to come in and start spending money before things can pick up again.”

The renewed threat of job losses is arising just as a federal program that provides $600 a week in unemployment benefits, on top of whatever jobless aid each state provides, is to expire at the end of this month. Congressional leaders have said they will take up some form of a new rescue package when lawmakers return later this month from a recess.

Administration officials have expressed support for additional stimulus. But Senate Republicans have opposed extending the $600 a week in unemployment benefits, mainly on the ground that it discourages laid-off people from returning to work. House Democrats have pushed to extend the $600 a week through January.

In an interview Thursday on CNBC, Treasury Secretary Steven Mnuchin suggested that the administration might support an extension of supplemental unemployment aid but at a reduced level.

“We’re going to make sure people are (incentivized) to go back to jobs,” Mnuchin said.