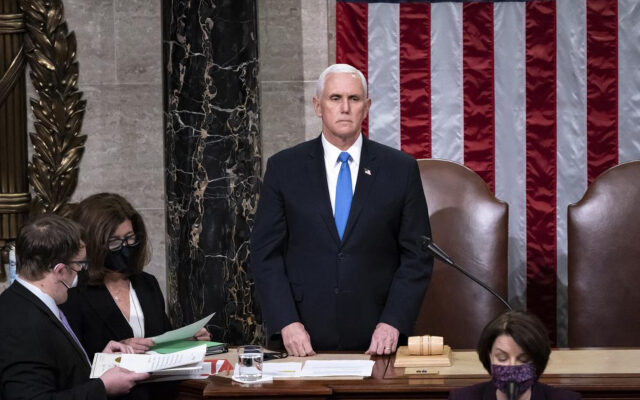 Vice President Mike Pence returns to the House chamber after midnight, Jan. 7, 2021, to finish the work of the Electoral College after a mob loyal to President Donald Trump stormed the Capitol in Washington and disrupted the process. (AP Photo/J. Scott Applewhite, File)

Speaking at Florida International University on Friday, Pence said, “Let me be clear about something: Those classified documents should not have been in my personal residence.”

He added, “”Mistakes were made.”

The discovery made public by Pence’s team earlier this week marked the latest in a string of recoveries of sensitive papers from the homes of current and former top U.S. officials.

The Department of Justice was already investigating the discovery of classified documents in former President Donald Trump’s Mar-a-Lago resort and at President Joe Biden’s home in Delaware and his former Washington office.