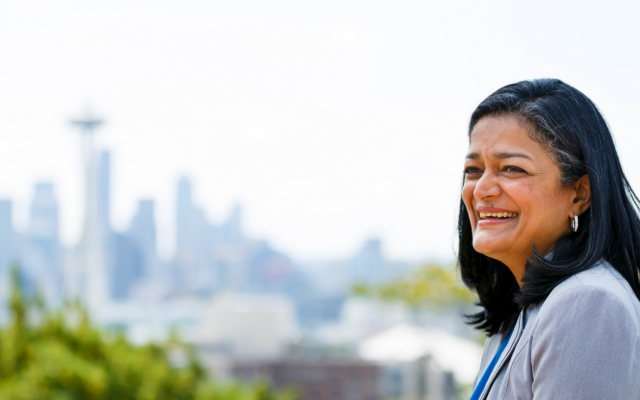 SEATTLE, Wash. — Representative Pramila Jayapal was joined by a number of local and national leaders at a packed news conference Monday.  She promised to join with fellow Democrat Senator Elizabeth Warren to create a new code of ethics for members of the Supreme Court.  If adopted, she said it could result in a variety of legal issues for justices including Clarence Thomas who did not recuse himself from the Jan. 6th court decision.  She also called for a national strike for women.

Pro-Life activists were also visible at the event.