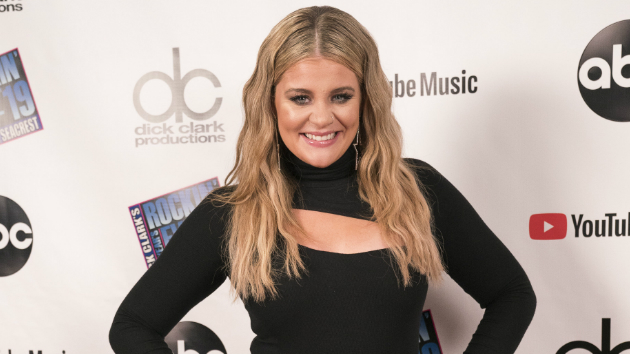 If you’ve wanted to know about Lauren Alaina’s love life, the “Getting Good” hitmaker is ready to open up on her new EP, Getting Over Him.

“This… is me remembering to love myself when someone else doesn’t…” she says candidly. “I went through two very public breakups. And that’s not really ideal, you know?”

In January of 2019, Lauren and Alex Hopkins called off their engagement, after dating since they were 17. By fall, another split followed, after a four-month relationship with comedian John Crist.

“It was just like another thing that people are talking about,” she recalls. “Everybody had an opinion. And I really felt like no matter what I said, I wouldn’t say the right thing. And I was on national television, on Dancing with the Stars, and it was just not the best time to be going through a breakup.”

“So I decided to write about it,” Lauren continues. “And now I feel like I’m finally giving my opinion… I am really confident and… like, ‘Well, here’s my response. Thank you. Let the music speak for me.’”

Getting Over Him covers Lauren’s full range of emotions.

“I wrote a female empowerment song called ‘If I Was a Beer…’” she laughs. “But ‘What Do You Think Of’ is so sensitive and vulnerable… I felt like if I’m gonna name it Getting Over Him, I[‘ve] got to put all sides of the breakup in there.”

Ultimately, Lauren says taking the “Road Less Traveled” was worth it.

“It was a hard couple of years… But I would rather be alone and have this music than be in a bad relationship and not have it,” she reflects.

Getting Over Him comes out Friday.