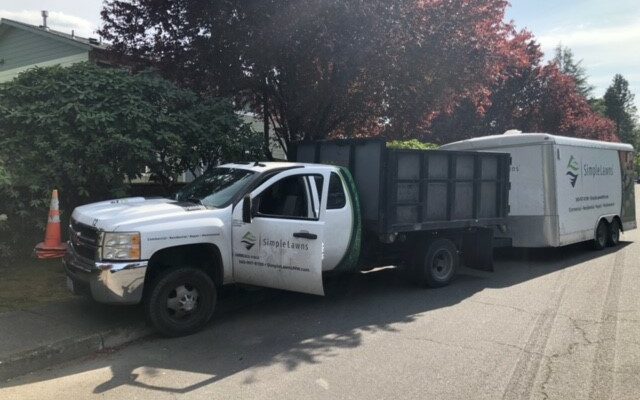 PORTLAND, Ore. — A landscaper was attacked and his truck and trailer stolen in Northeast Portland on Tuesday afternoon.

Police say 30-year-old Benjamin Hendricks kicked the victim from behind as he was filling up a lawnmower with fuel at 134th and Prescott Drive.  The landscaper with Simple Lawns fell to the ground and hit his head on concrete.  He was able to notify police of the location using GPS.  The victim was seriously injured, but is expected to be okay.

Hendricks drove all over Northeast Portland and Gresham in the stolen truck, losing several tools along the way.  People walking were nearly hit by the truck.

Officers stopped chasing Hendricks when he began driving down streets the wrong way.  They monitored his activity with a plane.  Eventually, the wild journey ended in a Gresham neighborhood near 186th Place and Wasco Street where he tried to run, but was arrested.

Hendricks is charged with Robbery III, Unlawful Use of a Motor Vehicle, Possession of a Stolen Vehicle, Attempt To Elude, and Reckless Driving.

“This brazen attack was senseless and we hope for a quick recovery for the victim.  Thanks to Gresham and Transit Police Officers for their assistance. Terrific work by the PPB Air Support Unit and officers on the ground for locating and capturing this dangerous perpetrator and increasing public safety,” said Portland Police Chief Chuck Lovell.