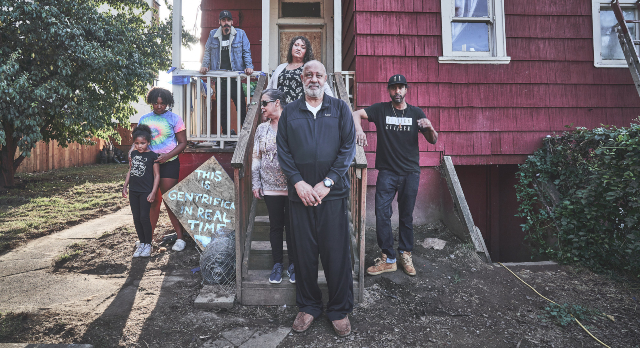 PORTLAND, Ore. — The occupation around the Red House on North Mississippi Avenue between Skidmore and Prescott remains, although the blockage in the street has been cleared and a clean-up of the property is scheduled for this Sunday.

The Kinney family that was removed from the home due to foreclosure said Friday that they are finalizing an agreement with legal counsel.  An agreement in principle has been reached with the City of Portland for the family to recover the property, but the family said they have not been in contact with the developer who bought their foreclosed home at an auction.  Roman Ozeruga with Urban Housing Development LLC told our news partner KGW last week that he would be willing be to sell the home back to the family.

The Kinney’s are living with relatives at a home in Northeast Portland.  They say they do not own that home.

Mayor Ted Wheeler’s office said: “The Mayor’s goal remains — a safe resolution to a potentially dangerous situation. The Mayor’s office and other city bureaus are working hard to engage in diplomacy and de-escalation because they are always the right thing to do in a situation like this. This includes opening lines of communication and attempting to facilitate a resolution for the involved parties. If diplomacy and de-escalation fail, we are prepared for other alternatives because the Mayor will not let an armed occupation stand in the City of Portland. The Mayor condemns anyone making threats against others, including those directed at the Kinney family. Those with the intent to commit violence or perpetuate hate in Portland are not welcome here.”

The family said on December 10th that they were in talks with the mayor, but his office did not confirm or deny that releasing just a brief statement:

The City of Portland is actively working across bureaus and with partners to resolve the situation on Mississippi Avenue. We continue to actively monitor the situation and will provide updates as appropriate.

Wheeler previously authorized use of force by Portland Police to end the occupation.

I am authorizing the Portland Police to use all lawful means to end the illegal occupation on North Mississippi Avenue and to hold those violating our community’s laws accountable. There will be no autonomous zone in Portland.

Multnomah County Sheriff’s Deputies and Portland Police swept the property and made more than a dozen arrests including two of the family’s sons on the morning of December 8th.

Law enforcement showed up to remove the family after a court-ordered foreclosure.  The home was turned back over to the property owners who boarded up and put up fencing that was later breached by demonstrators.

Demonstrators then set-up reinforced containments in the street and were seen stashing weapons.  The family asked supporters to join them to “defend the house”.

The Sheriff’s Office provided the following timeline of events:

“Employees of the Portland Police Bureau are working diligently behind the scenes to do everything we can with partners and community members to safely resolve the situation on North Mississippi Avenue. The circumstances are very complex and require a lot of care and thoughtfulness in how we proceed. This is a unique situation that requires cooperation and collaboration, which takes time.

I want to thank those who are working with us to strive for a peaceful outcome. We appreciate your efforts and encourage others to join us in de-escalating the situation and improving the safety of the community.

We are concerned about threats that have been made to some of the parties involved. We ask for the public to please be patient and refrain from taking personal action while we do everything possible to come to a resolution.

I again implore those in the street to dismantle the barricades and allow traffic to flow and emergency responders to get to those who are in need of fire, police, and medical emergency services. Lives depend upon it.

PPB appeals to those behind the barricades to dismantle them or leave them behind. That positive solution will reduce the likelihood that police may take action under circumstances that may necessitate the use of force.

We are pursuing all available efforts to de-escalate the situation. The illegal road closure and armed occupation is a threat to the safety of everyone in the area. For the safety of our community, the street must be reopened and weapons must be put away.”

Police have said they do not want a confrontation, but will use force if necessary to remove trespassers from the property.

“We want a peaceful and safe resolution to the occupation of public space on North Mississippi Avenue,” said Portland Police Chief Chuck Lovell.  “We are greatly concerned about the fortification of barricades, stockpiling of weapons, armed sentries, attacks on journalists and threats to kill officers in graffiti in this public space.  Our goal is for this to resolve peacefully to increase safety for all involved. I encourage those involved to reach out to our Demonstration Liaison Officers so we can discuss a peaceful outcome.”

I wanted to say a few words to each of you about activity along North Mississippi. pic.twitter.com/Icq4mpzTAL

“The situation on North Mississippi shows the pressing need for our community to come together to address our housing crisis, economic inequalities, racial and social injustices, and to be mindful of the collateral consequences that the criminal legal system can have on destabilizing families and entire communities. Many in our community would have never known about the plight of the Kinney family and the red house on Mississippi but for the neighbors and community members who have refused to stand by silently. Now, we understand and feel more keenly that foreclosures and evictions, even when afforded due process, can have cascading effects. The shame is that it took this type of an intervention to bring so many together to want to remedy the situation.

Simultaneously, there are significant public and life safety concerns with the conditions on North Mississippi. I have heard from neighbors scared to leave their homes and I’ve heard about journalists being assaulted. I condemn the violence and intimidation tactics I have learned about from earlier this week. Continued violence, property damage, and harm to our community is inexcusable and will be met with aggressive prosecution. Civil disobedience and First Amendment rights are at the core of a well-functioning democracy – threatening and assaultive behavior is not.

I remain optimistic that the ongoing negotiations will produce mutually beneficial outcomes for the family and the current property owner.”

The family says they are taking their fight to the U.S. Supreme Court.

Here is the family’s press conference on December 9th:

The home was built in 1896 and is one of the oldest in the neighborhood.  The Kinney family owned the property from the 1950’s until it was foreclosed.  They say they fell victim to predatory loans in the early 2000’s.

Julie Metcalf Kinney says she and her family were removed in September after her door was kicked in at gunpoint.  Police say the eviction moratorium due to the coronavirus pandemic does not apply here since the judge’s order was signed in February before it took effect.

Metcalf Kinney says that many people have shown up to support the family and the camp has grown over the past few months.  The neighborhood has been victimized by crimes.  Between September 1st and November 30th, there were at least 81 emergency calls about the home for threats by armed suspects, shots fired, fights, burglaries, theft, vandalism, disturbances, noise violations, trespassing, and illegally blocking traffic, sidewalks and access to homes.

Officers on December 8th encountered one person who was armed with a firearm and there were several other firearms on the property. 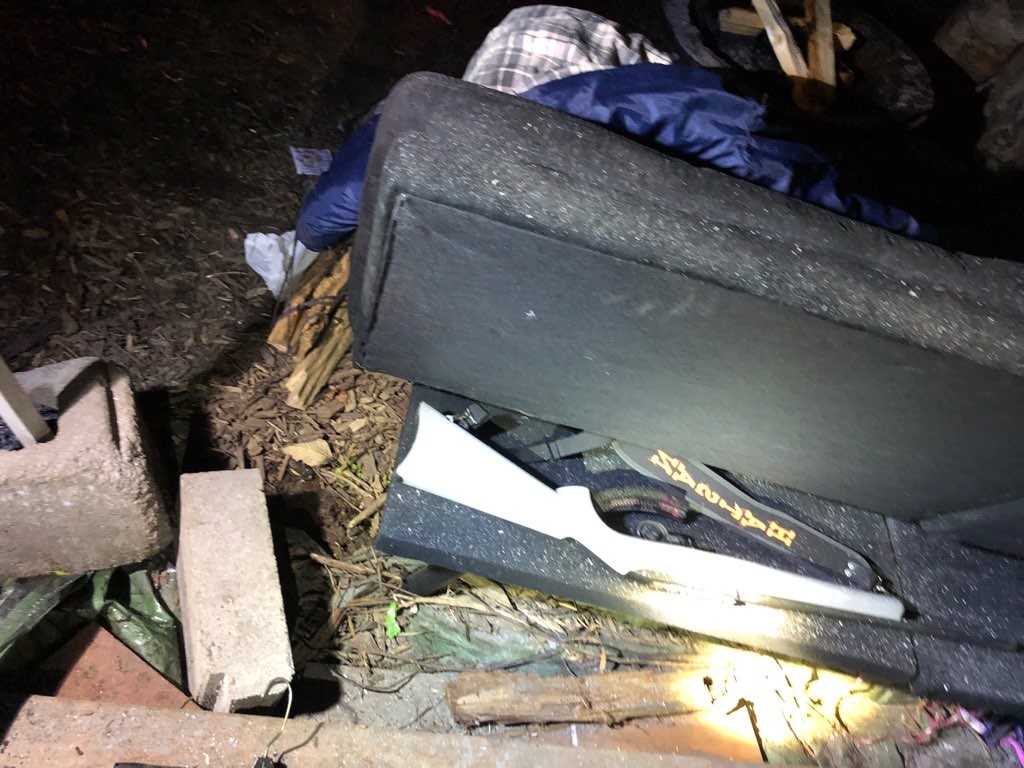 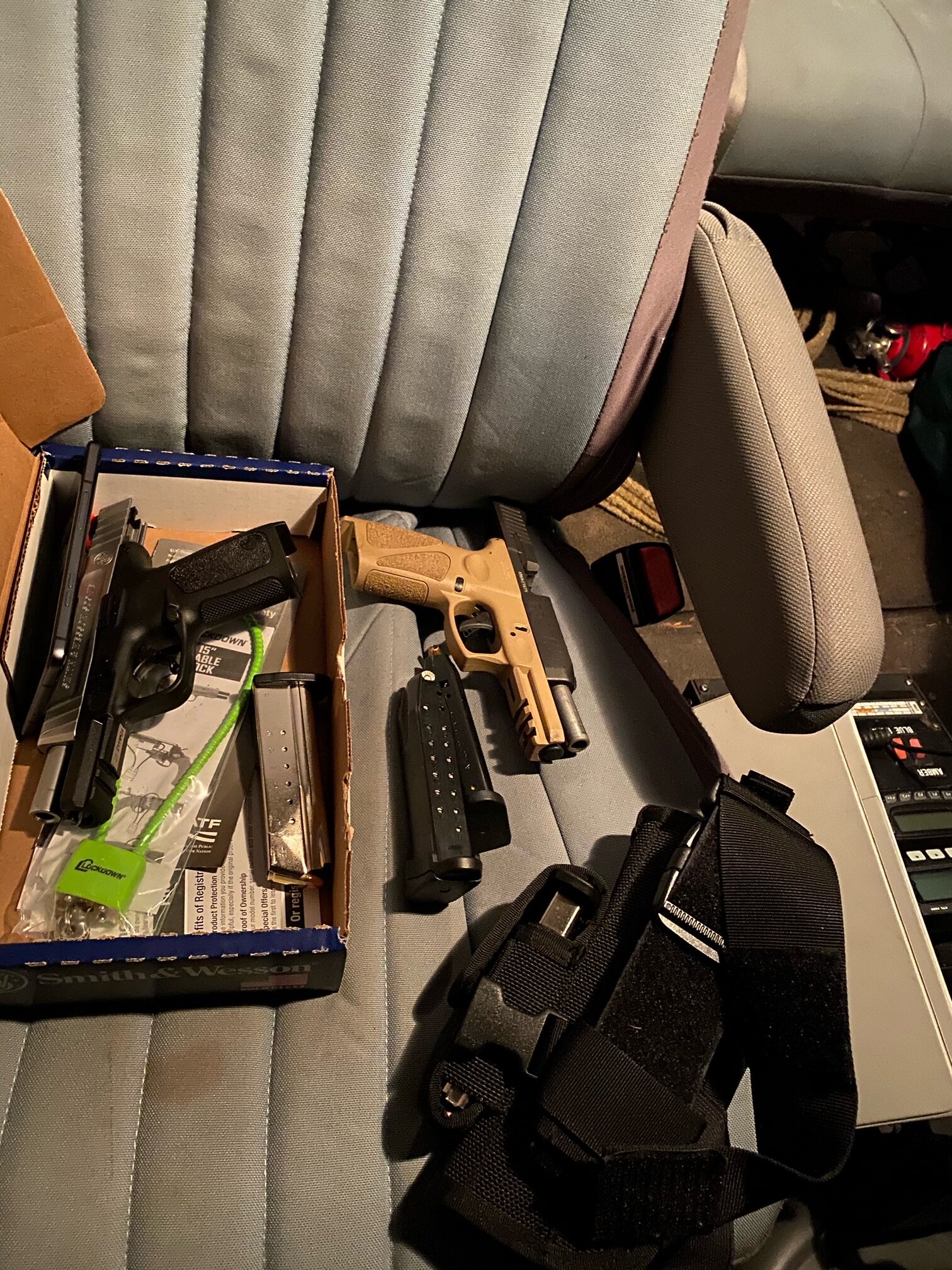 The Sheriff’s office provided food and housing assistance to everyone on the property.

“We understand evictions are challenging proceedings even in the best of circumstances.  I believe everyone should have access to appropriate housing,” said Multnomah County Sheriff Mike Reese.

Protesters have since returned and set-up reinforced containments around the home known as the “Red House”.

Protesters in Portland are occupying space around Mississippi Avenue following police returning to the “Red House,” where a local family is being evicted pic.twitter.com/C4b4JRhN7T

The crowd went after police who were trying to get a hand of the situation.

Full clip from outside the Red House as activists aggressively push police out of the area, halting the eviction of the Kinney family for now. pic.twitter.com/DgOKrEp8ZX