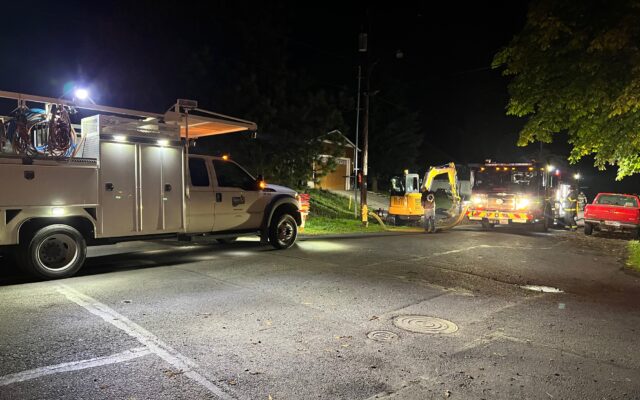 KELSO, Wash. — A group of people were cleaning out a clogged sewer line on Ayers Street near 8th Avenue N around 6:30 on Monday night when they heard a gas line rupture.

The residents turned off the gas meter, evacuated the home and called Cascade Natural Gas.

The rupture had a very high likelihood of leaking into the sewer system.  Cowlitz PUD turned off the power so the leaking gas wouldn’t ignite and the line was eventually capped.

The neighborhood was evacuated until the situation was deemed safe.  Power was restored about three hours later.