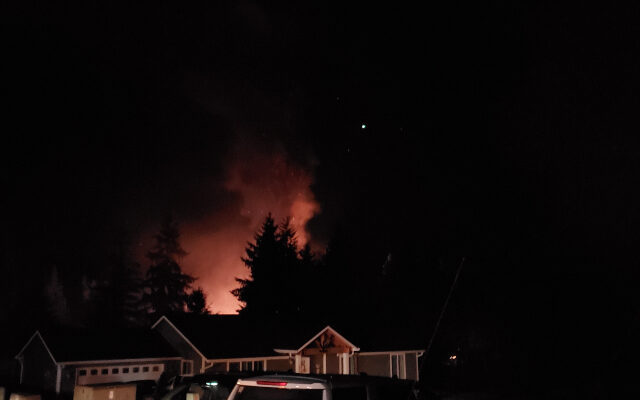 KELSO, Wash. — A wild turn of events has landed 41-year-old John Threlfall behind bars facing a list of charges for road rage, firing a gun and detonating explosives.

Drivers called 911 just before 11:00pm last Sunday saying he cut them off on Interstate 5 near Lexington, caused a crash and got out of his vehicle, pointed a pistol at them and fired shots into the woods.

Cowlitz County Sheriff’s deputies say he retreated into the home and would not come out.  He detonated what are believed to be fireworks mortars inside the home and fired additional gunshots.  Neighboring homes were evacuated after it went up in flames.

The SWAT team deployed chemical munitions.  Threlfall was found under a canopy in the back yard.  He’s charged with drive-by shooting, aiming or discharging firearms/dangerous weapons, assault, hit and run, arson, and possession of drug paraphernalia.