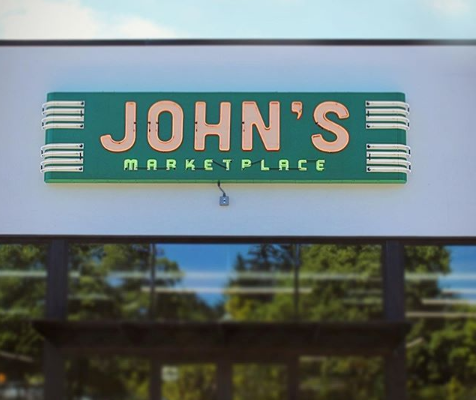 Portland, Ore. – Some customers have come to know John’s Marketplace on Portland’s westside as beervana. The shop has been popular for decades for it’s selection of beer, wines, kegs, and taps. There’s a rich history behind the original location dating back to the dairy farms and the Gabriel’s of now current day Gabriel Park. Now the store is starting to build it’s legacy on the other side of the Willamette river, and they’re including some of Portland’s bowling history in the new shop too.

Co-owner Paul Petros says they held a soft opening at the new John’s Marketplace on July 3rd because they didn’t want a huge crowd during covid. The new shop is where the old Original Taco House used to be on SE Powell. The Petros family has a long history in the area, 3rd and 4th generation Oregonians who grew up near Creston park and went to school in the area. Now he says they’re happy to help the community grow.

You’ll find a wide variety of beer, wine, kegs, and more at the new shop. You’ll also find some old bowling pins. Paul says during the building remodel they found some old bowling pins from the Eastside Lanes that used to sit behind the Taco House. They have some of the pins setup in the store to keep that nostalgia going.