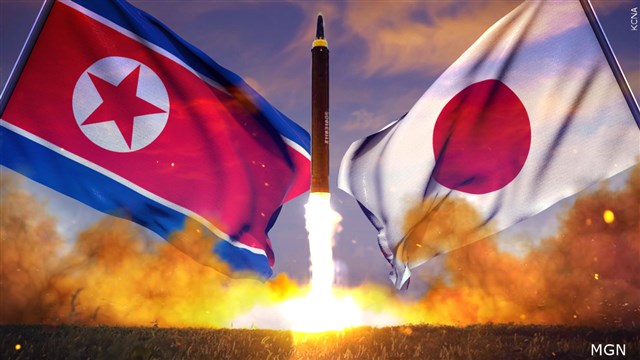 TOKYO (AP) – Japan and the United States have begun a major joint military exercise in southern Japan as the allies aim to step up readiness in the face of China’s increasing assertiveness and North Korea’s intensifying missile launches.

The biennial “Keen Sword” drills kicked off Thursday at Tsuiki Air Base in southwestern Japan and will also be held in several other locations in and around Japan through Nov. 19.

About 26,000 Japanese and 10,000 American troops, as well as 30 vessels and 370 aircraft from both sides, are to participate in the drills, according to the Japanese Defense Ministry. Australia, Britain and Canada will also join parts of the drills.