It’s Going To Be Epic, I Just Know It 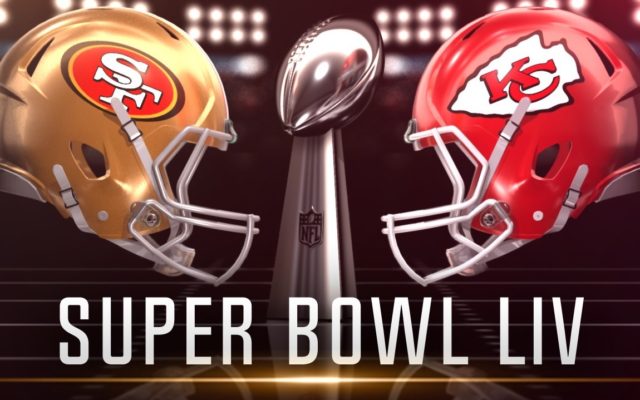 The teams are set for Super Bowl LIV and even if I weren’t a biased fan of one of them (Go Chiefs), I would still be excited to see what happens at Hard Rock Stadium in Miami, FL on Feb. 2nd.

I’m telling you.  It’s why single tickets are already going for close to $6,000 apiece.

Before I go any further on that point, I must genuinely say congrats to Tennessee Titans players, coaches, and fans for giving NFL football fans a truly memorable experience throughout this post-season.

I loved watching the Tennessee Titans do what they did.  How could you not?

And I’ll humbly offer a nickel’s worth of advice to Titans fans as well; Above all else (even Derek Henry) keep Mike Vrabel around.  He is a football genius.  He just hasn’t had enough time to put a championship roster on the field.

I’ll also add that as a life-long Kansas City Chiefs fan, I surprise myself a little in the midst of all this.  By that, I mean, I’m not surprised the Chiefs are going to the Super Bowl.

After half a lifetime of Chiefs NFL playoff disappointment (hell, embarrassment), the team is finally going to the Super Bowl.  I should be crying, dancing, flailing, and speaking in tongues or something, right?

But, as much as I try, I just don’t feel so “over the moon” about it.  I’m excited, of course.  However, I can’t get past the fact that “the math said” this was gonna happen sooner or later…

The Chiefs have the best QB in football, perhaps the best QB we’ve ever seen play football.  Of course, he was going to find his way into the Super Bowl.

That said – another reason I’m not overwhelmed by this historic Chiefs moment – is I’m so pumped about how awesome this championship tilt with the San Francisco 49’ers will be.

Many Niners fans will recall that insane regular-season game against the Saints a couple of months back.

It’ll be like that.  Only (no big deal) with even more explosive, game-changing plays.

Imagine THAT kind of football game….only it will be the Super Bowl.

How do I know this?  Because the Niners are the only team in the NFL that’s built to beat Mahomes (they don’t need to blitz at all to get QB pressure) And the Chiefs’ defense is good enough to make it interesting on the other end…especially if #95 plays at full strength.

Be ready football fans.  It’s going to be one for the record books.  I can’t wait!