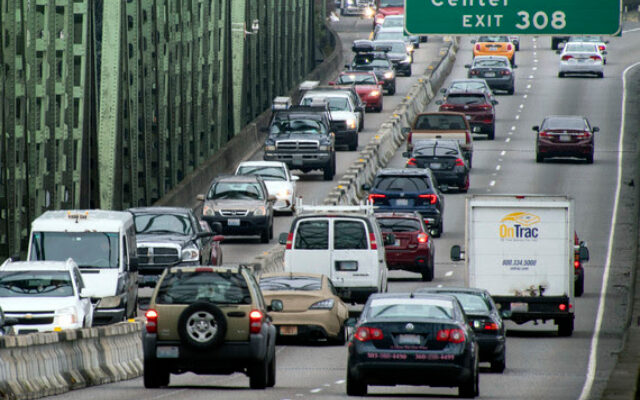 PORTLAND, Ore. — The northbound span of the Interstate Bridge on I-5 opened ahead of schedule late Friday night and early Saturday morning.  All lanes had been closed for one week as crews replaced the mechanical parts that help lift and lower the bridge.

The left lane of Interstate 5 southbound is closed all this week as crews reconnect the median barrier.  The lane closure is scheduled through Sunday, October 4th.  A second lane will close between 10pm-5am through Friday morning. 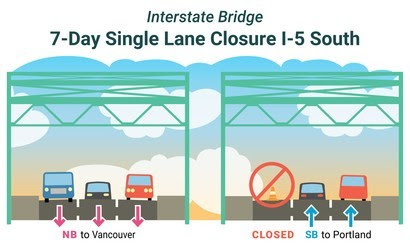 The sidewalk on the northbound span is closed through Sunday.  Bicyclists and pedestrians are sharing the southbound sidewalk.

The Oregon Department of Transportation delayed the much-anticipated project one week due to the wildfires.

During the one-week northbound closure, traffic shared lanes with the southbound span.  A zipper truck moved the concrete barrier separating traffic twice a day before the morning and afternoon commutes.

While one span of I-5 #InterstateBridge is closed, all traffic shares the other. Twice a day, about noon & about 2 AM, a zipper truck shifts 6,400-ft of concrete barrier to provide 2 lanes in heaviest commute direction. View in action, courtesty @OregonDOT! @wsdot_sw @VancouverUS pic.twitter.com/a6eLeNyLD1