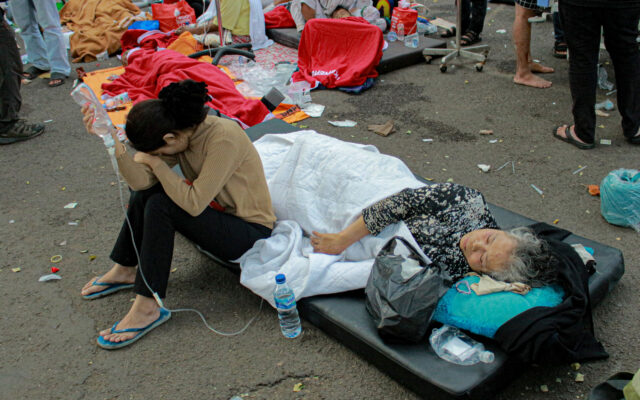 Earthquake survivors are treated outside of a hospital in Cianjur, West Java, Indonesia, Monday, Nov. 21, 2022. An earthquake shook Indonesia's main island of Java on Monday damaging dozens of buildings and sending residents into the capital's streets for safety. (AP Photo/Kholid)

Residents fled into the street, some covered in blood and debris.

Officials were gathering the toll of those injured and killed by the quake in the remote area.

West Java Governor Ridwan Kamil says the number of confirmed dead has risen to 162, including many children.

He says that more than 13,000 people whose homes were heavily damaged were taken to evacuation centers.