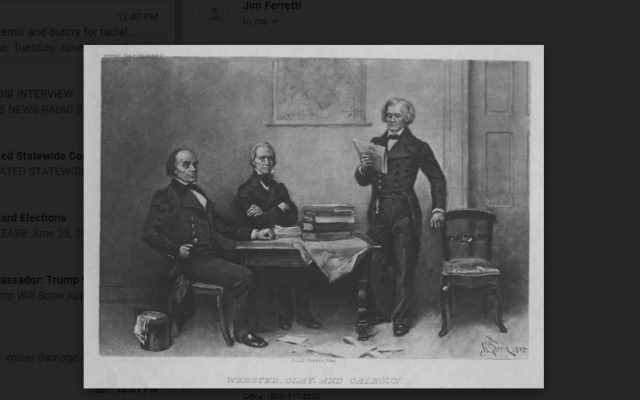 As KXL has reported, there is an effort underway to rename a small stretch of road in North Portland called North Calhoun Ave., named for John C. Calhoun, the 7th Vice President of the United States.

The desire to change away from the name “Calhoun Ave” is due to the current Black Lives Matter movement, of course, Calhoun was a southerner and staunch advocate for the institution of slavery in the U.S.

Right now a Change.org petition has around 3,750 signatures, asking Portland’s City Council to change the street’s name to “North DePriest Ave” in honor of James DePriest, a much loved and respected former director of the Oregon Symphony.

At the same time though, Charleston, South Carolina city council members are expected to vote today for the removal of a Calhoun memorial statue that’s located in their downtown square.

Naturally, the concept of removing historical memorials, monuments, and titles has been a subject of intense and passionate debate across the country.

I’d be curious to see what happens with this petition in Portland, especially if people find out a town in the American south acted before Portland did on the same (or similar) issue.

I’ll certainly be watching with interest!