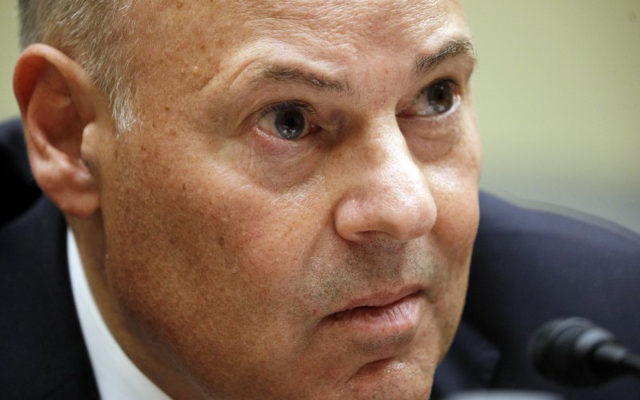 WASHINGTON (AP) — The House Oversight Committee intends to subpoena Postmaster General Louis DeJoy for documents about disruptions in mail delivery operations that are now central to questions over the ability to handle an onslaught of mail-in ballots expected for the November election.

Rep. Carolyn Maloney, D-N.Y., the committee chair, sent a memo Monday saying DeJoy blew past last week’s deadline to fully respond to the committee’s request for more information. He has not provided any new materials, she said.

“It is clear that a subpoena has become necessary to further the Committee’s investigation and help inform potential legislative actions,” she said.

Democrats are aggressively pursuing oversight of postal operations after President Donald Trump railed against mail-in ballots. Trump suggested he wanted to starve the Postal Service of funds to make it more difficult to handle the surge expected in November.

DeJoy, who was tapped to lead the agency in June, started quickly initiating changes at a time when the agency was already straining under the COVID-19 crisis. Reports of delays soon piled up.

Communities across the nation complained about widespread disruptions in postal operations this summer as blue mailboxes and sorting equipment were removed and employees said changes in trucking operations and overtime hours left mail on the loading docks, undelivered.

DeJoy, who testified before the panel earlier this month, reiterated in a letter last Friday that the changes he was initiating are now being suspended “until after the election is concluded.”

The committee is seeking documents about the changes, including the removal of sorting equipment and changes to overtime rules, which could be impeding mail delivery. The panel also wants information about how DeJoy, who had no previous postal experience, was selected for the job, as well as any previously “undisclosed communication between Mr. DeJoy and the Trump campaign.”

DeJoy in his Friday letter to the panel said the postal leadership team has expanded an Election Mail task force to work with local election officials in support of the November election to ensure ballots are delivered “securely and on time.”

DeJoy also said his staff was working with the committee to provide the materials being requested.

Rep. Gerald Connolly, D-Va., chairman of the panel’s Government Operations Subcommittee, said, “Mr. DeJoy’s testimony before our committee has left us with more questions than answers.”

Connolly said: “Congress must assert itself. The public demands it. Today’s action is a necessary step in our efforts to hold the Trump administration accountable for its deliberate sabotage of the Postal Service, and to restore confidence in this revered American institution.”

But the top Republican on the Oversight panel, Rep. James Comer of Kentucky, called the decision to subpoena DeJoy part of a pattern by Democrats “to promote a baseless conspiracy theory about the Postal Service.”

Comer called the subpoena “overly broad” and said Democrats should work with the Postal Service and Republicans “to address their concerns.”