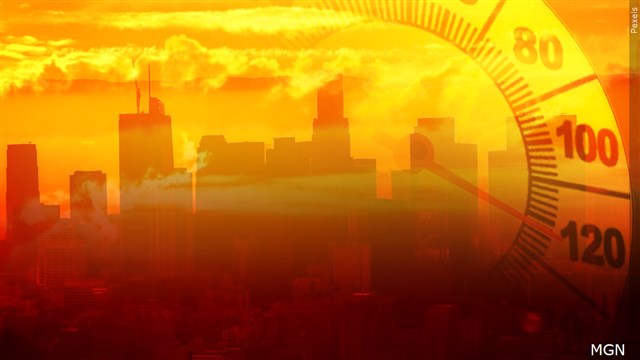 As we enter another day of high heat, people experiencing homelessness are struggling.  We take a look at what’s happening where they live, on the streets.

Jeremy Ekenstam’s moving constantly, walking and walking, over scorching surfaces though he has no shoes. He says his feet have been burning since yesterday.

“It’s pretty hot sometimes,” said Ekenstam, who’s 22 years old and has lived on the streets for the past two years. “I’m on my feet all the time, so I’ll go from one area to another to another,” he said while standing by a line of tents in Old Town on Tuesday. “I use the water fountains that are on some of the corners. I’ll just get a water bottle and pour it on my head, and I’ll drink some of it.”

Michael Moratti lives in his car. His air conditioning broke down.  He tells news partner KGW, “I was going to give it a tune up change the oil but I’m going to wait until tomorrow because it so freaking hot today.  Pain in the butt is what it is.  It’s extremely uncomfortable.”

Jeremy Grandy also sleeps in his car and considers himself lucky, his air is working.  “It’s rough, tiring, exhausting, but you know, we manage,” he said.

Multnomah County, Portland, Do Good Multnomah and Cultivate Initiatives, have opened four overnight cooling shelters and one daytime cooling center. They say they will open more, if they’re needed.