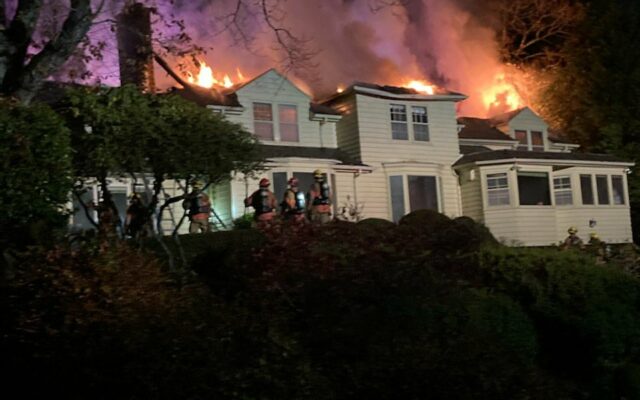 PORTLAND, Ore–A home on SW Arthur at Greenleaf had a second story and the roof heavily damaged from fire early this morning. A person either out for a walk or a run spotted the smoke and the flames just after 5AM..  The house was unoccupied.  The owners had just purchased it and was having it remodeled.

The streets are very narrow in that area.  Lt. Rich Chatman says,”It’s one of those areas where crews do practice runs so they can figure out how to get  fire engines in and out safely.” Investigators interviewed possible witnesses.  A cause hasn’t been determined yet.  Neighbors on either side of the home did not have to be evacuated.