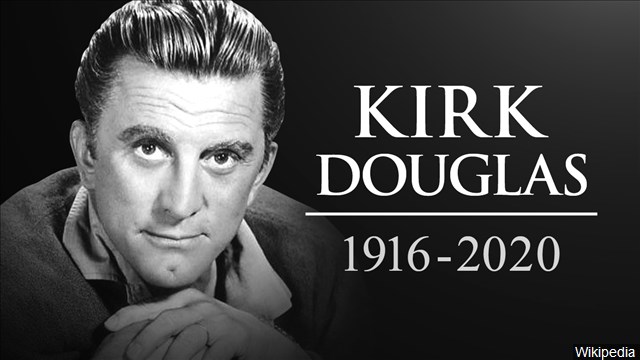 LOS ANGELES (AP) – Kirk Douglas, the muscular actor with the dimpled chin who starred in “Spartacus,” “Lust for Life” and dozens of other films and helped fatally weaken the Hollywood blacklist, has died at 103, People magazine reported.

Douglas was nominated three times for Oscars – for “Champion,” “The Bad and the Beautiful” and “Lust for Life.”

He later received an honorary award for “50 years as a creative and moral force” in the movie industry.

The acting legend, who had been in good health since suffering a stroke in 1996, is survived by his wife of 65 years Anne Buydens, and his three sons: Michael, Joel, and Eric.