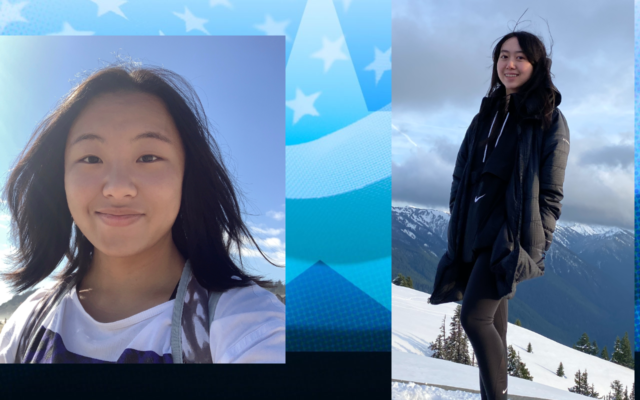 There are over two dozen middle and high school students in the Portland area who have written letters to Metro Council to get them to prioritize a Cultural Heritage Garden Memorial for the Chinese Americans who helped build the railroads in this city.

The master plan for the Lone Fir Cemetery at Southeast 20th Avenue and Southeast Morrison Street includes a memorial, but the students are asking the city to speed up the process so those who were buried in the historic Chinese section of what’s known as “Block 14” can be honored.  Right now it’s a flat and pretty ugly gravel lot in the corner of a tree filled cemetery.  At one time over 1,100 Chinese immigrants who worked on the railroads were buried there. Many of the remains were later dug up and sent back to China, but hundreds are still buried there, along with over 200 patients of the Oregon Hospital for the Insane.

Sophia Pi is a Junior at Jesuit High school and feels it’s important to acknowledge the work, contributions and sacrifices of those who came before us. ShengYao Liu, a sophomore at Lake Oswego High School has written a poem taking the first person stance of a Chinese immigrant who worked and died to help Oregon prosper.  They were nominated by the Oregon Chinese Coalition.  Both young ladies say all of the students involved in the letter writing campaign should be called “heroes”.