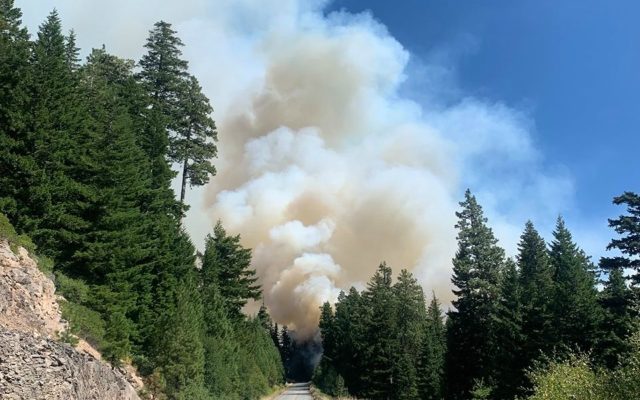 WASCO COUNTY, Ore. — A helicopter pilot who worked for a Bozeman, Montana company contracted to the U.S. Forest Service was killed in a crash while dropping water on the White River Fire in the Mt. Hood National Forest on Monday.

In a statement, the Forest Service said: “The firefighting community is heartbroken to learn of this tragic loss and our condolences go out to the pilot’s family, friends, and co-workers”.

The pilot is identified as 40-year-old Thomas Duffy of Bozeman.

The helicopter was a Type 1 K-MAX one-seat aircraft that can lift heavy loads of water.

The National Transportation Safety Board and the Federal Aviation Administration are investigating the crash.

The fire has burned more than 1,200 acres in rough terrain about 13 miles southeast of Government Camp and is 15% contained.