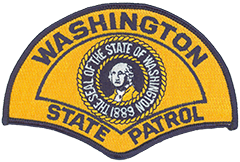 Cowlitz County, Wash — Washington State Patrol say Seven people were taken to area hospitals with injury following a head-on collision Saturday night around 8:30, near little Kalama River Road. The Driver of one vehicle was charged with Vehicular Assault after his car tried to illegally pass another vehicle in the Northbound lane of State Route 503. When attempting to pass that’s when the car struck the other vehicle travelling Southbound head-on.
A total of seven people were injured, four of them children, ages 12-14 years old. The children were in the same vehicle of the charged driver. Most of the occupants were wearing safety belts at the time of the crash, according to Washington State Patrol. Two children were taken to OHSU, according to release, it is unknown whether they were wearing seatbelts.
Drugs and Alcohol are believed to be a factor in the crash.