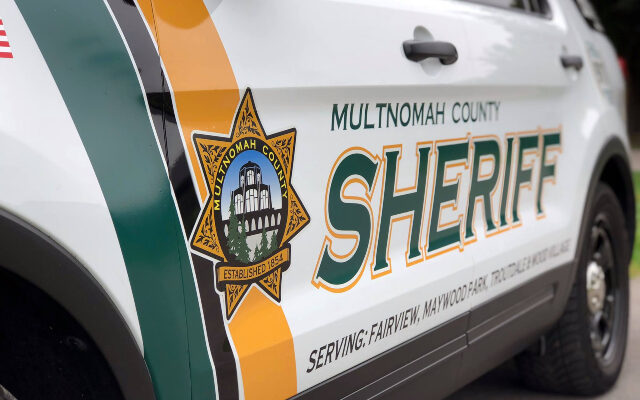 WOOD VILLAGE, Ore. — Several guns were reportedly stolen from a home in Wood Village early Friday morning.  One of those firearms may have been used to shoot up a house.

Multnomah County Sheriff’s deputies responded to reports of gunfire around 3:30am and found bullets had hit the home near NE Halsey and Birch Avenue.  The residents were not wounded.

While patrolling the area looking for possible suspects, deputies came upon a home on Birch Avenue with its front door open.  The person inside told them that they were not hurt during the theft of the weapons.

The suspect has not been caught and there’s no description of them.

Detectives are looking into a connection between the shooting and burglary.  They’re requesting security video footage of any suspicious activity in the area overnight.  Anyone with information is asked to call the tip line at (503) 988-0560.