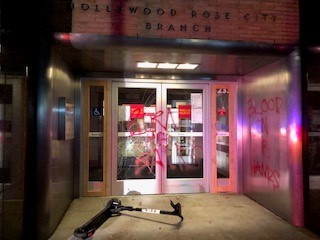 According to police the groups vandalized and destroyed private property in both Downtown and Northeast Portland.

Police say just before 9 p.m. a group of about 30 people gathered in the South Park blocks before walking to the Mexican Consulate on Southwest 12th Avenue.

The group was said to be dressed in all black and seen wearing helmets and carrying umbrellas.

Police say officers arrived on scene and were able to interrupt the vandalism.

The group dispersed from the area without creating any more damage, and that no arrests were made, according to police.

Around 9:15 p.m. a group of around 100 people gathered in Northeast Portland around Northeast Halsey Street and Northeast 52nd Avenue.

Police say the group was described as wearing all black with masks and helmets on.

According to Police “A 911 call came in when the group began destroying a bank located in the 4300 block of Northeast Sandy Boulevard. A cleaning crew who was inside the bank was scared as the group began to break windows to the property.”

Portland Police continued “Another call came in from workers inside a grocery store located in the 4300 block of Northeast Sandy Boulevard. The workers reported members of the group were shattering windows and spray painting the building.”

Officers arrived in the area as they say they observed several businesses with shattered windows and spray paint covered buildings.

One business they say appeared to have been destroyed when members of the group threw a motorized scooter through the glass windows.

Officers say when they arrived the group had dispersed on their own and no arrests were made.
At least 24 businesses were reported vandalized on Northeast Sandy Boulevard. 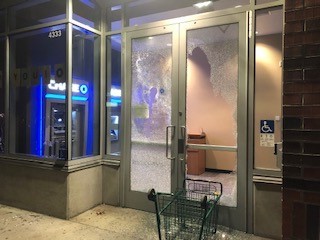 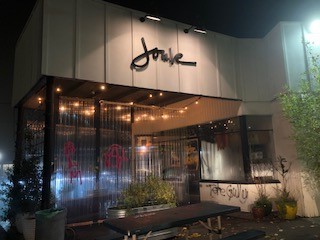 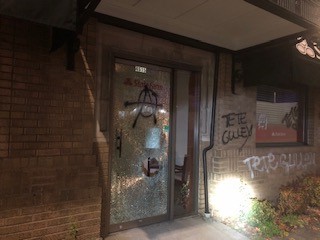